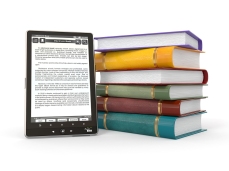 Upon finishing and publishing a book I always have mixed feelings. On one hand I’m excited to get it out there in the world, and on the other… it’s out there in the world. That means my words, my characters, my imaginary, private world is now very much public. I loved getting to know them in the microcosm of their world, to breathe life into them, to interact with them far away from others. But now they’re out in the harsh lights of the larger world, and they will be judged for who they ended up being when I decided the book was finished. They have no more chances to grow and evolve into anyone else. They’re in effect stuck in that fateful moment when I ended things without asking for their opinion.

The good news, however, is that they will now get to interact with so many more people than they ever have before. Instead of being just characters inside my head, or inside my flash drive, or on my computer screen, they can now be downloaded onto your iPad. They can now be exposed to people in Australia, in Calcutta, and in Costa Rica. Others can form opinions about them and their motivations for their actions inside the world that I created for them. They can fit nicely into the pages of a book that I can sign, but it was never about me. It was always about them, and that remains true even though they’re out in the larger world, maybe even more so now than it ever was before.

One of the brilliant things about still being in the process of writing and editing a novel is that there is always a chance to change things. If I don’t like my word choice I can switch out different words. If I’m not sold on my character names I can name them something else that resonates more. I can change anything and everything, relying on my instincts to refine and to keep refining until I’m satisfied. But I’m a writer. I’m never completely satisfied. If I took long enough to be completely satisfied with my work I would never publish anything. Hell, I wouldn’t even be able to write this blog. But I have to get to a certain point when I realize there is nothing more I can do to this world I’ve created, when I have to just let my characters out into the real world and see how well they assimilate.

It’s gotten easier to know when I’ve hit that point, to know when tinkering even more will be tinkering too much. It wasn’t too hard this time to hit that “save” button for the last time on this novel. And while I know I can’t change it anymore, I know that it’s for the best. It was time to let the inmates out of the prison, so to speak, of my mind. I was reading back through the book this morning, and I’ve made my peace with it. It’s as good as I could have possibly gotten it, and as a writer that’s all I could ever ask of myself.

Now, on to promoting it. Book signing coming soon.