I often think about all the labels I wear, or have worn, over the years. First there was “son,” a dubious one indeed because I had no control over it. Indeed, I didn’t even really know it existed on a conscious level until I had been one for quite some time. I remember my mother leaning over me to tuck me into bed one time, and thinking: I’m her son.

Then there was “brother,” which has been with me just as long as son. I don’t know my life in any kind of context when I wasn’t a brother, when I didn’t have someone else who shared my experience growing up in that house. And we were close at times, while not at others. We battled for space, for time, for pretty much whatever spoils could have existed. That was the life of being a brother.

Next I guess you could add “neighbor” to the list, though I was a poor one. We lived a pretty sheltered existence, but there were others on the block who I connected with from time to time (large expanses of time between the connections). These boys and girls always seemed alien to me, like some kind of extra-terrestrials who lived completely different lives even though we lived right next door. END_OF_DOCUMENT_TOKEN_TO_BE_REPLACED

My father called here this morning. Why does he have such a hold over me? I hadn’t heard his voice in 6 months, and yet the tone, the timbre, are as familiar to me as my own, yet so foreign at the same time.

Alexa answered the phone, but she didn’t recognize him. After all, she’s only talked to him twice before. She covered the mouthpiece and asked me who he was, if she should speak with him, if it was okay. I wonder if he wants some sort of relationship with my children. He claimed he did once, but that was a dog’s age ago, and he disappeared again.

Is he back? Or was this just a Mothers’ Day surprise?

Why does he, even now, hold such sway over me, over my thoughts? I ask myself this less and less, but always when he calls again, after so much time. And I know I should make up my mind. Do I want to try and craft a relationship with him, even now, even after all this time?

END_OF_DOCUMENT_TOKEN_TO_BE_REPLACED 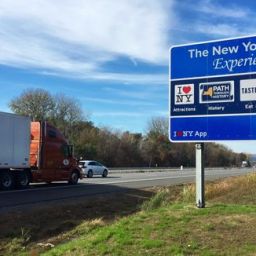 Such an innocent phrase, but one fraught with a sort of complication from the outset. When I tell people this, in response to their question of where I live, they almost always launch into their memories of the city that never sleeps. They tell me about how they visited “the Village,” or how they loved Times Square on New Year’s. Or a plethora of other tales that I inevitably have to interrupt.

“Not the city. I live upstate.”

Then they look at me as if I’ve grown two heads, or in disgust because they thought I’d deliberately misled them. When, for me, it’s simply easier for me to say New York and try to move on. Saying “Upstate” makes me sound a bit snooty. “I have an estate upstate.” So I say “I live in New York,” and steady myself for the onslaught that is likely to come from the final reveal.

I’ll admit that sometimes I wish the city was called something else, that the good people who created this great state didn’t name it the same as its largest city. It’s not like Oklahoma City, in that if I said “I’m going to Oklahoma City,” you know I don’t mean the state, and vice versa. It’s not like there weren’t about a million others names out there, but no one of significance decided this was a faux pas.

“I’m confused,” they tell me. “What do you mean upstate?”

And I have to tell them I live about halfway between Syracuse, a pretty big city in its own right, and Albany, the erstwhile state capital. END_OF_DOCUMENT_TOKEN_TO_BE_REPLACED

“You smiled at me like Jesus to a child.” ~George Michael

I’ve read the Bible more times than I’d care to admit, and definitely more than people who only know me tangentially would surmise. That’s because I hardly ever quote it, because you would never find me anywhere near a church, and because I don’t go from door to door proselytizing. Someone asked me the other day if I was religious, and I found myself saying no.

What’s the difference? That’s the simple part. Religious means tied up and twisted with organized religion, and whether or not the church I grew up instilled in me strong principles, I don’t think I’ve ever been religious. When we’re young our parents push us in certain directions, or we feel like we should follow those paths because of them, but one thing that always stuck out to me about faith was that it’s a personal thing. So, no matter how many people push you in a direction, it’s not your “way” unless you independently choose it.

And I have chosen more than once, since I’ve become an adult, to avoid organized religion. I’ve seen how so many faiths have no separation from the wide world, how often they don’t adhere to their own teachings, and how deep the divide is between members of the faith. I’ve seen the bickering and infighting, the dissensions and jealousy, and the ostracizing nature of many organized religions when it comes to those who are not “of the faith.” END_OF_DOCUMENT_TOKEN_TO_BE_REPLACED

“You could hardly even see him in all of that chrome — the man with the plan and the pocket comb. And every night it carried him home.” ~Marc Cohn

I stood outside the record store at ten minutes to midnight, the year was 1998, and I think some Jay-Z album was being released. I know there was a host of people waiting there with me, blasting lyrics from the man himself, so I guess I just assumed. I wasn’t there to get anything from Jay-Z. It was way past my bedtime, and I had other things in mind. Because one of my favorite singers had a new album coming out, and I promised myself I would be the first to hear it.

Fast forward 20 years, and I was once again waiting, but this time it was outside of the Palace Theatre in Syracuse, with a bunch of old white folks. Sure, 20 years had gone by, but I was still as fascinated by the man who sang “Walking in Memphis,” the man whose voice speaks to me so personally, on every level. I pinched myself, the classic technique, because I had just heard him deliver a passionate concert, an intimate retrospective of his material that didn’t miss a note. And I was about to meet him. END_OF_DOCUMENT_TOKEN_TO_BE_REPLACED

“Ayo! I’m tired of using technology. I need you right in front of me” ~50 Cent

I don’t always use air quotes when I speak of my internet-only friends. Sometimes I say it straight, as if they were my regular friends, as if we met at the bar every Friday night for a shot, or a beer, or both, or many. Sometimes I imagine what it would be like if we swapped recipes in my kitchen, or played Madden together like everyone did in the ’90’s. Sometimes I wonder if we would even be friends if we talked all the time, if our kids would hate each other on sight.

There was no way I could have imagined this world when I was a kid. If you knew people they were your parents’ friends, or they went to church with you, or they were both. Their kids were your de facto friends, but that was it. That was your sphere, and you never had any occasion to step outside of it, like the metaphorical box we are always begging people to think outside of these days. Back then, though, we weren’t supposed to embrace new people from far away.

Those were the days of “stranger danger,” which is funny because most people get hurt by those they know. But we were told to steer clear of the windowless van, the man with the mustache who looked just a little bit off, anyone who lived more than a block away, or didn’t know your first name. That was the age of not too many strangers, and when they were around we knew them. It was like the red-suited crewmen on Star Trek. You knew them because they weren’t household names. You knew when you saw them that they would be dying on the away mission because they were different, because they were “strangers.” END_OF_DOCUMENT_TOKEN_TO_BE_REPLACED