I spent the better part of the past two and a half weeks reading two amazing books, and now that I’ve finished both of them it’s almost like I’m starting over again from scratch. You know that feeling, when you’ve been holding your breath for so long that you forgot you were holding it, but … END_OF_DOCUMENT_TOKEN_TO_BE_REPLACED 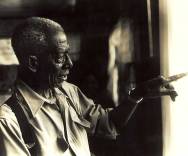 The room is deathly quiet, save for the soft sound of sniffling in the corner. That’s where the baby is, asleep on the floor, atop her favorite blanket. There was no money for a crib, or a mattress, or even a pacifier to soothe the child’s sore gums, so he had improvised. It was something he had experience in, the improvisation, not the child. He is absurdly afraid of the child, which is the reason for the separation, the opposite corners.

The man is a study in contradictions, with his frayed suspenders and designer shirt that do nothing to hide his emaciated figure. Indeed he appears to be wasting away as he sits there staring out the large, clear window. He breathes a sigh of relief that the child is asleep. The previous night had been a long and harrowing experience, punctuated by screams that pierced the static air of the room. He aged a year in one night.

The woman left in winter, during the longest month. He knows because he marks it on his calendar, the old one that he recycles from year to year. It is missing April but April never seems to come when he wants it to anyway so it is not relevant to him. He cannot remember why she walked out the door, but he can remember the vacant look in her eyes, the ones that used to give back more than they took in. She looked at him with those strange eyes and walked out the door.

The baby shifts on the blanket and he recognizes this as a precursor to the child waking up again. He covers his eyes with one large dark brown hand, hoping to preserve this quiet for just a few moments longer, knowing that it is probably an impossible dream. He wishes he were the one who left. He had been thinking about it, of course. The child hadn’t been part of the plan for his life, no more than it had been for hers. But he cannot abandon it now. The stirring continues. END_OF_DOCUMENT_TOKEN_TO_BE_REPLACED

“Do not be unequally yoked with unbelievers. For what partnership has righteousness with lawlessness? Or what fellowship has light with darkness?” – 2 Corinthians 6:14 (English Standard Version)

Growing up Seventh-Day Adventist, it was only natural to wonder about the nature of male/female relationships. Everybody growing up wonders about that, but for the SDA it was almost like sacred territory. We saw couples at church, but we were only privy to their public relationship with the Lord, not to their private relationship with each other. But you know how kids are. We talked, and it was pretty easy to place the couples we saw into three categories:

The ones who weren’t even pretending were the ones who we never even saw together. Either the wife would bring the kids to church, the husband would bring the kids to church, or they would both be there, but never in the same place at the same time. These couples tended to be middle-aged with young children. The ones who were pretending could always be seen together, but they were never actually found communicating with each other. And those who were genuinely happy had a seamless nature to how they went about their business while at the same time tending to each other. Those couples were usually smiling, and had an ease to them that we could tell the other couples obviously envied.

But one thing that was hardly ever in question was that each couple we saw at church were in fact baptized Seventh-Day Adventists. While there may have been degrees of faith, the faith itself was never in doubt. Apparently this isn’t so clear-cut in some other religions, but I didn’t know anything about that then. I assumed that everyone who was married was “equally yoked,” meaning that they were of the same religion. I also assumed back then that when I grew up I, too, would marry a Seventh-Day Adventist and raise Seventh-Day Adventist children together with her. That assumption would prove false. END_OF_DOCUMENT_TOKEN_TO_BE_REPLACED 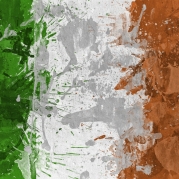 The first time I saw Ireland was through the tiny window of a giant airplane as we descended upon Dublin on a May day in 2003. It was our honeymoon, and we were aglow in the newness of the condition, then bombarded with the shock of the culture change that was about to hit us upon landing. I gripped my new bride’s hand in equal parts fear and anticipation, fear of the unknown and anticipation of the journey regardless. After all, it was Ireland.

I’ve always identified with all things Irish, since I was a wee lad. Honestly, my mother got awfully tired of me speaking in a poor excuse for an Irish accent (I’ve since gotten better at it) and wanting everything to be painted green. In fact, I had picked out the brightest green I could find and gotten my dad to paint my room that color. I was that committed to it, and I couldn’t have told you why it was Ireland and not somewhere else.

So, it was no wonder when I heard U2 for the first time on the radio and fell in love. Like with anything else I get interested in, I went overboard from the start. I quickly began doing research on the band, which was harder to do back then because the internet wasn’t as prevalent, so I went to the library. It was complicated work, but I was assured at the end of the inquiry that I knew all there was to know about the band, and by extension, about Ireland itself.

And I knew I had to get there someday. Somehow.

When I met my future wife, it was one of the first things we talked about, my obsession with all things Irish. I even joked about having been Irish in a previous life, and about the significance of my Irish last name. I knew she was humoring me, and I was grateful for it. At least she didn’t tell me to shut up. I also knew she was just as obsessed with all things British, so we would go back and forth on which culture was better. I still say it’s Irish, and perhaps our trip helped her to see things my way.

We touched down on Dublin soil after a seemingly endless plane ride, but I was finally there. In Ireland. I breathed in the air as we stepped off the plane, even though it was just recirculated airport air. It somehow felt different as I inhaled it, as if I were taking in the very essence of the Irish way of life. I would have knelt and kissed the floor had my wife not been with me. I didn’t want to embarrass her. That would come later. END_OF_DOCUMENT_TOKEN_TO_BE_REPLACED

“We are at all times constantly our past, our present, and our future rolled into one, a microcosm of our experiences with no set expiration date and all possibilities open to our own interpretations.” We were all rock stars back then, weren’t we? Our memories are good enough to remind us of that, 20 years … END_OF_DOCUMENT_TOKEN_TO_BE_REPLACED

The campus slowly comes into view. I can see the girls’ dorm first, with its stark brick facade and host of memories intact. I took the scenic route here, through the old city with its “Grand” theater that is actually playing current fare, and its little old houses lined up in haphazard rows, past the … END_OF_DOCUMENT_TOKEN_TO_BE_REPLACED