“Only you can prevent wildfires.” ~Smokey the Bear

A fire is a conflagration of circumstances. It is a casual match in a dry field, a bundle of sticks, a blowtorch, a spark, smoke, and ashes. It is all and none at the same time, because a fire is within and of itself. It is wind, and breadth, and air. It contracts and expands depending on the air available to it. And the drier the circumstances the better for the fire to flourish. A fire is brilliant to watch, until it can no longer be controlled.

I watch fires all day. No, I’m not a firefighter. I’m a normal person who simply notices the world around him. And there are way too many uncontained and uncontested fires around that could have been taken care of when they were small, before they got completely out of control and those nearby had to run for safety. Of course I’m not talking about the same thing Smokey the Bear has always been concerned with, but rather the harsh words people wield against each other like torches of flame that burn before disintegrating. END_OF_DOCUMENT_TOKEN_TO_BE_REPLACED

When I was a teenager an older friend of mine took me into an adult video store downtown. I had lived such a sheltered life I assumed “adult” meant the store was for older people, and I felt a bit excited that I, a youth, might slip in undetected. Of course not five steps into the store I saw a poster for one of the videos, and that excitement turned into embarrassment at being somewhere so… risque.

It’s funny to me, though, that the word adult can be used in that way. I mean, I had wanted to be an adult for so long because it meant everything sophisticated, but there was nothing sophisticated about those videos. I left the shop after about half a second longer, but I had already been inundated with a dizzying array of genitalia on the posters and the covers of those videotape boxes. I vowed to never visit an “adult” place again.

Now that I am an adult I see the power of the word in action all the time, not just for those kinds of places, but for pretty much anywhere, anytime. They card me when I purchase alcoholic beverages because these are for adults. I go in to Rated R movies and no one tries to kick me out, because I’m an adult. I have children who look up to me because I’m an adult, and adults are so… smart. Right? Aren’t we? END_OF_DOCUMENT_TOKEN_TO_BE_REPLACED 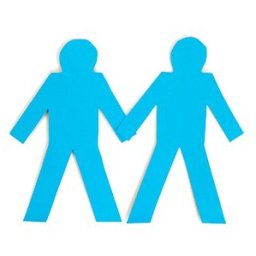 “You’re twins?” exclaims our new krav maga instructor, a feisty brunette named Kristy. It is a question often asked because we look vaguely alike, but not to the extent of twins.

“Yes,” I say, as I always do. I’ve gotten used to the incredulity, to the double takes when we walk into a room, side by side, or back to front, like in revolving doors.

We are indeed twins. Cromwell is older by six minutes, but he is not the boss of me. In fact, he is timid where I am forthright. He is complicated where I am simple. He is everything I am not, and I fulfill the same role for him.

“Ohhhh! Fraternal,” she says, as they always do once they’ve realized I’m not joking.

And of course we do look somewhat alike, but you can see the brain cells working overtime to try and put the pieces to this puzzle together. Because while in the womb Cromwell took the position of power. END_OF_DOCUMENT_TOKEN_TO_BE_REPLACED 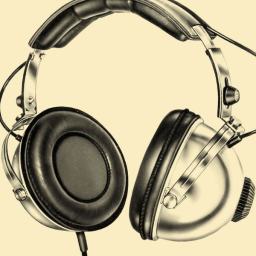 “What was the first thing you ever saved up your money to purchase?”

My first real job was at a travel agency. I know what you’re going to say. It was just an internship, but it counted. Besides, it was a paid internship, so it really counted in every way that mattered. For the first time in my life I was getting a steady paycheck, even if it was only for a summer, and I worked hard to make sure that money got spent.

I’m sure you can imagine. I never shoveled driveways for neighbors. I never got an allowance. I never really had a chance to get some solid money for myself until the Rosenbluth Travel Agency, and I had a list of items I wanted. First, there was a CD player that I had my eye on. Before the CD player all I had was a Walkman and the family stereo, which featured dual tape decks (snazzy) so I could tape the radio. But a CD player would put me in a whole new echelon.

I also wanted a VCR, so I could tape my shows (the two principal of which were Days of Our Lives and Beverly Hills 90210). I was addicted to Tori Spelling, but my mom wouldn’t let me stay up late enough to watch the show. And of course I was at work (and later in school) when Days came on, so I needed a way to tape both shows to watch when I had free time on the weekends. I swear I invented binge watching because I would sit there on my bed with popcorn catching up on all the goings on in Salem. END_OF_DOCUMENT_TOKEN_TO_BE_REPLACED

“If you can keep playing tennis when somebody is shooting a gun down the street, that’s concentration.” ~Serena Williams

If the closest you’ve come to tennis is watching Wimbledon on TV every two weeks in July, then you probably think the game is akin to golf, with nattily dressed people playing a gentlemen’s or a ladies’ sport while spectators “Ooh” and “Aah” over their precise shots and acumen. Of course Wimbledon, being on NBC for so long, was accessible to the masses. Regular folk like you and I could watch it and feel like we were transformed into the strawberries and cream loving crowd that filed in and out with spectacular precision from the grounds of England’s Lawn and Tennis Club. Lawn. And Tennis. That’s what we imagine. But that’s not the only tale of tennis.

Around here there is an old tennis court. I use the term loosely, because ages ago, when the weeds began to grow through the cracks in the cement, someone decided to take the posts out and transform the area into a place to ride skateboards. They didn’t take a broad stroke to it, though, as you could still see where the posts had been, and the ghosts of the lines still show through in places. I used to stand outside the fencing and imagine what it must have been like in its heyday, probably in the ’80s when pretty much every place had a tennis court within walking distance.

Of course the ’80s were for stars like Chris Evert, John McEnroe, Jimmy Connors, and others. END_OF_DOCUMENT_TOKEN_TO_BE_REPLACED 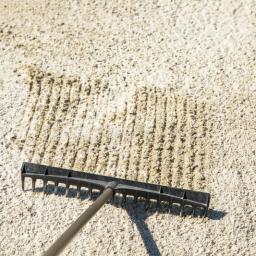 “Be careful what secrets you unearth, for the secrets that unearth you are not far behind.” ~Theodicus

I used to have an aquarium. Not the kind with fish. That would have been too simple, or too complicated, whichever you prefer. But the kind with treasure in it. You know the sort, the one with sand at the bottom, a little rake up against the glass, and the opportunity to mine for gold, or scarabs, or just the faded bones of fish who used to live in those environs before the water went away.

It seemed morbid to me at the time, the idea of an aquarium without water, a place without the one thing that gives it its name (aqua = water), the idea that “once upon a time” and “nowadays” were two distinct terms to label that glass walled cage. Eventually, though, I got used to the idea that nothing was as it seemed, not just in the aquarium, but in the wide world as well. I realized we are all nothing but aquarium bones, waiting to be unearthed when someone sifts through our lives many years from now.

I think of all the people who have come before, all the generations and generations of folks who felt, in their lifetimes, that the things they did mattered, that the time they spent was worthwhile. END_OF_DOCUMENT_TOKEN_TO_BE_REPLACED