For the first time in my life I have been able to stick to a writing schedule, and I’ve been able to do it more than once. 2013 was spent writing, writing, and writing some more. I finished rough drafts of two novels, edited another, and my debut novel, Detours, was released in April. Through it all I have also been able to maintain three blogs, two of which will be getting major makeovers in the next month or so. It has been the singularly most prolific year for me, writing-wise, and I have so many people to thank for making that a reality: my wife, my children, my coworkers, my Facebook friends, my real friends, and random strangers who I’ve come in contact with who have made me ponder some things. I never know where inspiration is going to come from, and I have so many who have inspired me just this year alone.

So, with that in mind, I have an announcement to make, and I’m nothing but giddy about it. My second novel will be released on February 18, 2014. The date is as firm as it can be, and I’m so excited to be able to announce it. Of course that means that between now and then there will be a whirlwind of activity to get ready for the release. I will be updating the progress here on my Journal in installments along the way so you can travel this road with me. I wasn’t able to do that with Detours, not like I wanted to, so this time around I will revel in the adventure. Here’s where I am in the process…

Keep in mind that I’ve gone through the manuscript with a fine tooth comb no less than three times already, from start to finish, but during those other editing sessions I was first reading for grammatical correctness, for punctuation errors, and for general understanding. Now I’m working on character and plot issues, including character and plot development and accuracy within their prescribed areas in the novel. I am basically working through each character and his/her interactions with others, and then going through each plot point and fleshing it out. If you were wondering, this part of the editing process takes a lot longer than the initial rough edits, but it’s a lot more satisfying in the end. END_OF_DOCUMENT_TOKEN_TO_BE_REPLACED

Earlier this month I posted a list of my top 5 songs of 2013, and one of my followers responded that he compiled his own list, but of songs he discovered this year, not necessarily songs that were released this year. It got me to thinking that there are quite a few songs I discovered … END_OF_DOCUMENT_TOKEN_TO_BE_REPLACED

“You’ve been hittin’ the heartbrakes hard. It ain’t no use ’cause we’re still gonna crash.” -Black Kids

I’ve been in enough breakups in my life, and as much as I don’t want to admit it, I’ve done more than my fair share of pulling back after getting in deep. I’m not sure if I had a fear of commitment, if it was something that genuinely bothered me about the other person, or if it was some combination or lack of these two. Or maybe if it was just that I felt I should be with someone, if I was merely co-dependent and they happened to come across my radar when I had no one and was out looking. And I feel bad after it ends, regardless of who did the breaking up with whom, but I feel so much worse when it’s the girl who has broken up with me, because in that instance I don’t have closure. What is it about us as human beings that makes us want to hit the heartbrakes when things don’t match our expectations?

Love is a two-way street, and if you find yourself traveling down a one-way there are usually so many signs before the inevitable end. Does he still spend time telling you how beautiful you are? Do the two of you still appreciate the time you spend together, or is it just habit? Those are big yellow flags telling you to slow down and observe instead of going full speed ahead thinking that the two of you are in the same place. People change. It’s disregarding or being oblivious to that change that creates the avalanche that can knock your relationship on its ass.

I just need my space.

This is probably one of the most devastating. I mean, space from what? Am I simply a leech who has sucked onto you and now you’re trying like hell to scrape me off? Is space just that important to you or does it mean I’m simply smothering you? I think this one is a huge cop-out because if you truly need space from someone you claim to love, then you should be able to talk about it and work out just when and why you need alone time. That can be worked out. But to say that it’s the sole reason you’re not going to be with someone you claim to love anymore, perhaps it wasn’t real love in the first place. END_OF_DOCUMENT_TOKEN_TO_BE_REPLACED

I am fascinated by individual memory, the way we experience the world as it contrasts with the way others view that same world. And it affects everything, from the things we do, to our memories, and beyond. I’m reminded of the years I spent thinking that my mother loved my sister more than she loved … END_OF_DOCUMENT_TOKEN_TO_BE_REPLACED 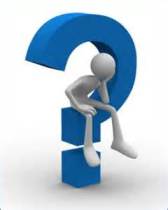 Never ask questions if you aren’t prepared to deal with the answers.

I don’t even remember where I first heard that, probably on some lame, cliche-filled TV show or right after a pregnant pause in a dramatic film. But isn’t it true that some of the most poignant turns of phrase show up in the oddest places? With great power comes great responsibility anyone? Luckily for me, I honestly don’t care where it comes from, if Alvin and the Chipmunks said it, or if it came from Al Gore, or even if it’s a catch phrase for Joey from Friends. I take every single one that interests me and I analyze it to see how it could be applied to my life, then I share what I’ve learned with others.

Question #1: Where is this relationship going?

This may surprise you, but before I got married the first time the longest relationship I had been in was a year in length, and three months of that time were spent estranged. So the question was indeed very valid for me. Was I ready at that point to analyze a relationship and see if it could be long term? Or was I just in it for the fun and excitement that came from being with someone new, and then with someone else new, et al. Honestly, my answer to that question back then was always, “This relationship is status quo, which is good enough for me.” It’s no wonder my relationships lasted such a short amount of time.

Question #2: Where do you plan to be in five years?

It’s not as easy a question as you would think. So much happens in the course of life that five years can be an eternity made up of a series of shifts and changes that define and redefine who we are. If you had asked me the question five years ago I highly doubt I would have said I would be here, doing what I’m doing, thinking the thoughts I’m thinking. I know I wouldn’t have said I’d be here writing a blog right now. In fact, back then it was all about writing for myself, and not sharing with others. And the big problem with plans is that we have a tendency to try and fit our lives into those plans and then to judge ourselves on whether or not we hit our objectives. END_OF_DOCUMENT_TOKEN_TO_BE_REPLACED