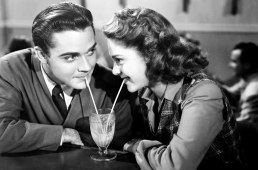 Step 1: Attraction. Maybe it’s subtle at first, but something is definitely there. She returns the gaze, you approach, and start a conversation.

Step 2: The First Date. You sweat through your deodorant waiting for the clock to hit the hour. So you can pick her up and head to somewhere where you will talk further.

Step 3: The Wooing. Somehow the first date leads to more, and before you know it your toothbrush has a spot in her bathroom. Others begin to ask you when you’re going to pop the question.

Step 4: The Question. You practice getting down on one knee. You hire a photographer to capture the shot, when you hope she says yes so you won’t have to destroy the film. She does say yes and you’re the happiest man in the world.

Step 5: The Aftermath. For her it’s a calculated series of answers to all the questions you didn’t ask. Wedding venue, floral arrangements, guest lists, and a plethora of other things occupy her for a year or two. You smile and nod, just wanting to get to “I do.”

Step 6: The Wedding. But hold up. Something seems a bit off here, as if this insane scripting is dated, like these steps aren’t leading to where they used to lead. And the wedding, while it should be the most incredible ending to this story (or an amazing continuation), becomes almost an afterthought.

I blame it on divorce statistics. As the number creeps past 50%, meaning more than half of all marriages end in divorce instead of happily ever after, I honestly think people get scared. They don’t want to commit too soon, before they’re absolutely sure that the person they want to spend the rest of their lives with remains the same person, that those feelings remain the same.

So they wait. And they wait. And they wait some more. And this waiting becomes a kind of unorthodox courtship where the two involved in the relationship are playing a game of chicken. If no one blinks and they finally do collide in a fantastic crush of fireworks, then, and only then can they really think about marriage. Perhaps 10 years after the collision they might tie the knot at City Hall and go about their lives exactly as they always have, just now with a bit of paper, a couple of rings, and the almighty LAW chained to them as well.

And guess what? That’s still no guarantee their relationship will stand the test of time. Because there is no absolute guarantee, no matter how long you take before getting married, or if you never get married at all. Sometimes things just happen, and we can’t predict the future. We just can’t. Divorce is just a statistic. It’s when we get all twisted up over it that we unearth problems that aren’t even there. It’s when we hold ourselves back from fully trusting and being vulnerable to the other person that we doom our own relationships, when it becomes a self-fulfilling prophecy.

Believe me, I know it’s hard. I too have added to the divorce statistics, but that didn’t stop me from realizing what I had when I first started talking to my wife. That didn’t stop me from following the steps and getting to where we are in the orthodox way. I’m not saying it wasn’t difficult to move on, to trust again, but if you’re going to be in a lifelong relationship then you have to give yourself completely, and they have to as well. That’s how to get your happily ever after.

That’s how you prove that those statistics don’t matter, not to you.