I remember all of my birthdays, starting with the one to commemorate my turning 6. I had a Batman cake that year, and I recall the Batman looked a little wilted, and I said as much to my mother. It was the old school Batman with the non-form fitting suit. In fact, if I’m not mistaken the one on my cake had a blue utility belt and boots that would have been more at home being worn by Elvira. Oh, and he was smiling. Batman never smiles. But the cake tasted good, which was all that really mattered anyway.

Yesterday was the 39th anniversary of my birth. There was no pomp and circumstance because that’s the way I wanted it. Sure, my Facebook Timeline was exploding with all the messages, well-wishes, and jokes about my advancing age, but that was something separate from me, like some apparition floating along beside me. I acknowledged it without spending too much time breathing it in and letting it define me. Otherwise I was here, and no one saw me except the people who also live here.

My mother called, and she’s finally realized my actual age, which is fine. I used to take insane pleasure in the fact that she would get my age wrong, but she’s fixed that issue. I knew her getting that new phone would come back to ruin my silly little pleasures. But it’s okay. She called me right

about the same time I was born, even though I doubt she knew that’s what she was doing. It was odd to talk to my mother on the occasion of my 39th birthday because to me she is still 39, the eternal age I’ve given to her since I was 10. Acknowledging that I’m a year away from 40 is to admit that my mother is that much older than I see her in my mind.

I watched my favorite movie too, a film I’ve seen some 40 times (wouldn’t it be interesting if I counted all of my viewings of it and there were precisely 39?) and I never get tired of it. There’s just something comfortable about watching a film I internalized ages ago, a movie I’ve made a part of me in so many significant ways. And I don’t expect others to understand, but I do expect them to appreciate the fact that it’s this way for me, to let me watch it uninterrupted, and to bring me snacks when what I want are snacks.

It was a relaxing day altogether, and while there was no Batman cake, there was a spectacular dish of banana pudding complements of my wonderful wife, who tells me that 39 is not that important. She says that 40 is also not that spectacular, that I can look forward to more aches and pains, but that’s been true since I turned 30. My wife is older than I am, and I look forward to getting to her age. Of course, though, when I get there she will be inexplicably older still, forever out of my grasping reach. She says it’s okay, though, because that’s the hand we’ve been dealt and we should embrace it like it was a second skin.

So how do I feel about 39? I’m still undecided. After all, it’s only been a day. But what I can say is that I certainly don’t feel 39, for what that’s worth. 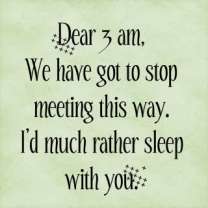 When I got up this morning I was exhausted, testament to getting to bed after 11pm and having to awaken at 5:45am. At 19 I was able to parlay one hour of sleep into a full day at a frenetic pace. By 29 my necessary sleep to avoid being an ogre was five hours. And now… well, now, let’s just say that I know the consequences but I still don’t get the amount of sleep I need. But maybe that’s not 39. Maybe that’s just being stubborn.