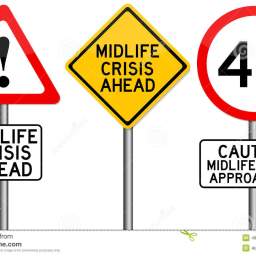 “It’s the fear that you’re past your best. It’s the fear that the stuff you’ve done in the past is your best work.” ~Robbie Coltraine I guess it’s about time I had a midlife crisis. All the signs are there, after all: I’ll be 40 next month I’ve been married for 13 years The gray … END_OF_DOCUMENT_TOKEN_TO_BE_REPLACED

A while ago I read this book by Kelly Corrigan entitled The Middle Place. It was all about the shifting nature of familial relationships. We are born and we become the new generation, the young whipper-snappers who will inherit the world when we come of age. But then we come of age and we’re not … END_OF_DOCUMENT_TOKEN_TO_BE_REPLACED

I remember all of my birthdays, starting with the one to commemorate my turning 6. I had a Batman cake that year, and I recall the Batman looked a little wilted, and I said as much to my mother. It was the old school Batman with the non-form fitting suit. In fact, if I’m not … END_OF_DOCUMENT_TOKEN_TO_BE_REPLACED

When I was 10 I thought 38 was ancient, that the space after 35 was inhabited by ogres and old people, and that if I ever got to that point someone should probably take me out behind the barn and put me out of my misery. I would see people on the streets and shake … END_OF_DOCUMENT_TOKEN_TO_BE_REPLACED

Dear Journal, I am an adult. Sometimes I find that hard to remember, which is funny since I spend a lot of time with younger people. Time was when I would be the youngest one in a room or a group, and I got used to it. But of course as time has passed so … END_OF_DOCUMENT_TOKEN_TO_BE_REPLACED

How did I get here? I got home last night in a drunken haze from whatever party came after the party I actually got invited to. At least I thought I was home, but this bed feels strange, hard and lumpy like old oatmeal, and my eyes are slow to open. When they finally do I can see a ceiling fan blurry above my head. It’s whirling around so fast I wouldn’t be able to make out the individual blades even if my vision were normal.

My back hurts, too. Not a shooting ache but a dull one that usually comes from having slept on it wrong for too long. When I passed out I must have landed awkwardly on this strange bed, or perhaps it’s a futon. I slowly sit up in bed and force my eyes open more than just the slits they were. I stretch my arms above my head and notice they seem to have lost some definition. Instead of my firm biceps I see some give to them, as if gravity is fighting to drag them down, and is doing a good job of getting it done. It doesn’t compute.

The old, threadbare slippers I’ve had for years that don’t fit me anymore are gone from the foot of the bed, not that I thought they’d be there anyway, but I have to find out where I am. And suddenly I hear a noise behind my back, like a muffled thump, and I turn to see what’s over there. To my shock the thump I heard is identified as a small, mousy woman with stringy brown hair who is on the floor on the other side of the bed. I find my glasses on the side table and slip them on. When did I start wearing glasses?

Everything comes into focus then — the woman, who has obviously just been woken up by her fall from the bed, the ceiling fan above my head, and the sounds of running feet in the hallway outside of the closed door.

“What the…” says the woman in a gruff voice, obviously startled by the fall.

“Who are you?” I respond, still out of it myself.

She looks at me as if I’ve grown a second head.

“Don’t get started this morning, Murray, not until I’ve had my cup of coffee,” she says, dragging herself up from the floor. I notice she is naked, and I quickly look away, first because I don’t know her, and second because she is older. Quite a bit. By at least ten years. And those ten years have not been kind. END_OF_DOCUMENT_TOKEN_TO_BE_REPLACED