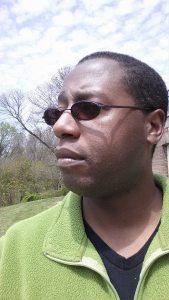 A while ago I read this book by Kelly Corrigan entitled The Middle Place. It was all about the shifting nature of familial relationships. We are born and we become the new generation, the young whipper-snappers who will inherit the world when we come of age.

But then we come of age and we’re not so young anymore. Then time moves on, we have our own children, and they become the new generation, the young whipper-snappers who will inherit the world. But where does that leave us?

We end up stuck between worlds, which made a bunch of sense to me then, and which makes even more sense now. We are no longer young. We are not yet old. We are fathers and mothers, but we are still sons and daughters at the same time. We are in the middle place, and it can be very awkward at times.

I remember when Alexa was born and how inadequate I felt. Suddenly I was somebody’s father, but I didn’t feel like a father. I felt like a gangly 18-year old with braces who doesn’t know his ear from his elbow. Now, finally, 10 years later, I do feel like a father. I feel like I’m mature enough to say, “Yes, I’m her dad,” and I can handle everything that comes along with that.

But when I’m back around my own mother I have a tendency to feel like that 18-year old again, even now. Probably because I fall back way too easily into those learned patterns that existed for years in that household. Perhaps if I spent a lot of time around her it would be easier to develop different paradigms, but seeing her only twice a year or so makes that difficult.

So I’m in that middle place, that space between the generations that feels so foreign, but only when I’m around both generations. If I’m just here with my children it’s easy to feel like the man of the house, to be the father and only the father. The son melts away into the shadows then. And when it’s just me around my mother I’m simply the son, and the father waits for me until my children show up again.

Maybe that’s the way it’s supposed to be, at least for now, and I guess it beats being the youngsters entrusted with the future. But we are the present. We are the ones most equipped to deal with the “now,” and that’s scary in and of itself. But we got this. Because we are in the middle place, and it’s where we finally belong.