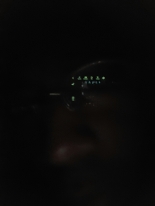 Why is it that some people stick around long after they’re gone? How do I find myself wasting my time thinking of them when they’re obviously not thinking of me? And I know they’re gone. I know they’re not coming back. I know all of that, but I still can’t help thinking — wishing — that they will show up around the next corner any minute now and everything will be just the way it was. Why do I waste time deluding myself?

I had a friend once who I used to talk to every single day, like clockwork. I knew her number better than I knew my own. In fact, I still know it even though we haven’t spoken in two years. At first it was gradual. She was busy, so I was patient, and instead of talking every day it slipped to once a week, then once every couple of weeks, then once a month, until it was really just me having a friendship with her voicemail.

And I know I haven’t had the greatest track record with friends. Most of mine are the kind who don’t feel the need to be in constant contact, or even in intermittent contact. Most of mine are the kind who get back to me when they eventually get around to it, while I’m the kind to respond right away. Maybe I’m too needy, and it gets draining. I don’t know, but it’s not for lack of trying to figure it out.

In the meantime, though,these ghosts just keep adding up, dropping out of my life as if they were never there, even if they played a major role, sometimes for years at a time. And I guess I don’t know when to give up because I keep expecting them to reappear, to have some plausible excuse for not contacting me for a year, or two years, like they were in a coma or something. Then in my Disney-addled brain we would pick up where we left off.

But that’s not the way the world works, not the way things have gone for me. Because these are solid patterns now, not just random friend after random friend. So it must be me, right? It must be my own issues that they are reacting to, that they can’t handle, and they feel like they can’t talk to me about it so they fade into the background until they eventually disappear completely from my life.

Yet their ghosts remain, the memories of what they used to be to me, of how they used to make me feel, of all the times we spent together. I can’t block them out. I can’t toss all of that away like they seem to have been able to do. So I do what I can to try and move on. I delete their information from my phone’s contacts list. I focus on the things I do have some say in, like writing about it as some kind of catharsis.

Let me know when it’s supposed to get easier.

5 thoughts on “These Ghosts”

You can't change what happened to you, but you can change how you view it - and that will make all the difference