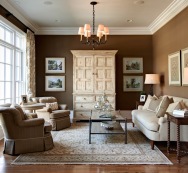 As hard as I find it to believe it’s nevertheless true. I wake up and I’m still here. It wasn’t just a dream after all. We live here, on one side of a massive house that we’re cobbling together to try and make our own, at least for the several months we will occupy it.

My six-year-old summed up the feeling accurately tonight. “Go home,” she said, and it ’bout near broke my heart, because I knew she wanted to return to the house we no longer call home. And I don’t know how to make her realize this is where we live now, that this isn’t just a three-night thing, that we’re boarders in someone else’s home.

I don’t know how to make myself realize that we are boarders in someone else’s home.

But I do know how I feel being here — as if the other shoe could drop at any moment. I feel like I’m walking on eggshells. I don’t want to mess anything up, to do anything that would upset the queen bee of this hive. Yes, “walking on eggshells” definitely qualifies in this instance.

You see, this queen bee likes things a certain way, and if they don’t go that way there could be hell to pay. No, I don’t mean she’ll yell at me, but the silent stare, the subtle knife digging in, it’s much worse than a simple rebel yell. In my house I didn’t feel judged by everything I did, like I couldn’t set something down without that shadow hovering above me at all times.

And I know some of it is definitely me. I need to adjust to living in a place I don’t own, being a part of a larger household that shifts and shimmies like an amoeba fighting for relevance in a 2-dimensional world. But it’s been four days, and I am still in mourning. Maybe next week.