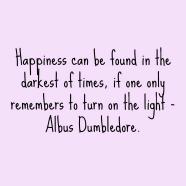 There are some mornings when I wake up and I feel like I can take on the world, no matter what’s been happening in my life, or what’s on deck that day. I get out of bed, I expand my lungs, and I reach for the sky, knowing that even when the negatives try to swoop in the positives will stamp them down into oblivion. Of course that feeling eventually goes away (and usually during the course of that very day — for various reasons), and I’m left with an empty hole where it used to be. I wish I could bottle that feeling up and dole it out whenever I need it.

It’s not a secret that the positive people out there aren’t really positive all of the time. It’s impossible to be so two-dimensional, so flat like a pancake. I think what they do, though, is find a way to tap into “that feeling” when they need it most, when they’re in public, because we all know it’s in the public sphere that we’re judged and either held up as the standard or found wanting. No matter what goes wrong in their personal lives they don’t put on masks. They just take out that bottle and swig down a bit to get them through until they get back home and can scream into their hands.

Everyone needs to scream into their hands every now and then. And maybe that’s messed up having a personality that’s split like that, but maybe it’s brilliant too because that feeling is priceless. Who wouldn’t want to be able to access it when they need it most? But if it’s something we can store up then it’s also something we can run out of, and I would like to be a fly on the wall that one time that “positive person” opens up the bottle at a dire moment to find it empty. I imagine them running out of the room while others stare in shock, fighting hard to hold back emotions they haven’t had to battle ever in their lives.

I’d pay to see that, because it would make me feel better about my own shortcomings, about my own inability to enjoy that feeling at will, but I would also run right alongside them, waiting to scream in unison, to show that solidarity of human existence.