My wife has been obsessed with BTS lately–you know, they’re the k-pop boy band that is all over the place lately. Apparently, they won five awards at some recent awards show, and though she can’t understand them when they speak Korean (though she is working on learning the language precisely for this purpose) she jumped … END_OF_DOCUMENT_TOKEN_TO_BE_REPLACED

There was this girl.

There always is, isn’t there? A girl, a dream, and some magic beans to make it all turn out the way we want it to, or at least that’s how it seemed to me. It’s funny how, when you’re 18, 19, 20, the world seems so small, the possibilities so large, how everything is within your reach, even when it isn’t.

So there was this girl. She wasn’t typically someone I would go after, because I thought she was well out of my league. Imagine on a scale of 1 to 10 — she was a 9 — I only trusted myself to go after 6’s and 7’s because I hated rejection, and most 9’s would dismiss me out of hand. It was okay. I knew I wasn’t 9 material.

She was beautiful in all the ways that counted, though I barely knew her. She was like Juliet, this wish list made real, but so dangerous in pretty much every way. This was obvious almost from the start. She wasn’t religious at all (and if she had been, it most certainly wouldn’t have been the religion I had been raised in), she was a very good dancer (or so she said), and she didn’t know she was a 9.

Isn’t that fascinating? So often people don’t recognize what they look like to others, how they’re perceived by the people they come in contact with. Usually 9’s know they’re 9’s because of all the attention they receive, but that’s not always the case, especially if they’ve “grown into themselves.” They’re used to being 5’s and 6’s so that’s all they see when they look in the mirror. END_OF_DOCUMENT_TOKEN_TO_BE_REPLACED

When you run a part of the relay and pass on the baton, there is no sense of unfinished business in your mind. There is just the sense of having done your part to the best of your ability. ~ N.R. Narayana Murthy

I’m not a runner. I really never have been, though I did run from bullies when I was in elementary school. For a while I ran around my neighborhood, too, until loose dogs made me stop. Or at least that was my excuse for stopping. That’s pretty much it.

But I’m a big fan of the Olympics. I watch the runners go around the track, and I envy them. I love the relay because each runner goes all out for only a quarter of the race, but that’s it. That’s their job. It will forever be unfinished for them.

The baton is the only part of the relay that completes the entire cycle.

It’s something I think about a lot, the idea of trusting in others to get something finished that I’ve started. END_OF_DOCUMENT_TOKEN_TO_BE_REPLACED

“Only you can prevent wildfires.” ~Smokey the Bear

A fire is a conflagration of circumstances. It is a casual match in a dry field, a bundle of sticks, a blowtorch, a spark, smoke, and ashes. It is all and none at the same time, because a fire is within and of itself. It is wind, and breadth, and air. It contracts and expands depending on the air available to it. And the drier the circumstances the better for the fire to flourish. A fire is brilliant to watch, until it can no longer be controlled.

I watch fires all day. No, I’m not a firefighter. I’m a normal person who simply notices the world around him. And there are way too many uncontained and uncontested fires around that could have been taken care of when they were small, before they got completely out of control and those nearby had to run for safety. Of course I’m not talking about the same thing Smokey the Bear has always been concerned with, but rather the harsh words people wield against each other like torches of flame that burn before disintegrating. END_OF_DOCUMENT_TOKEN_TO_BE_REPLACED 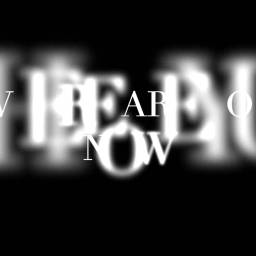 “Where are you now? As I’m swimming through this stereo, I’m writing you a symphony of sound.” ~Jack’s Mannequin [“The Mixed Tape”] Do you ever wonder where they are? I mean all the people you’ve left behind, or the ones who’ve left you behind? I sometimes do. In the darkest shadows of the night, when I … END_OF_DOCUMENT_TOKEN_TO_BE_REPLACED

“I thought I knew what love was. What did I know?” ~Don Henley I first told a girl I loved her in 4th grade, when she stabbed me with a pencil and decided to go out with my enemy. These three things were unrelated. Or at least I think they were. I never really asked … END_OF_DOCUMENT_TOKEN_TO_BE_REPLACED