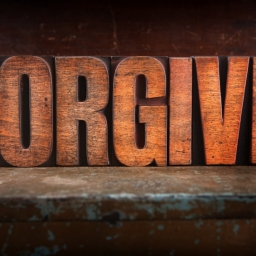 “I’ve forgotten all the reasons I loved you, ’till someone tells me that you rang. The memories are hazy now. I don’t recall at all. There’s nothing. There’s nothing there, just me. And I don’t understand why.” ~Phil Collins

It’s always been interesting to me when people say they never forget. That means they just hang on like a dog with a bone, struggling to keep grip while everything around them disintegrates. In fact, it often means that whatever they are hanging onto cut so bone deep that they feel they can’t let it go.

Now forgiveness — that’s another animal altogether. It means we aren’t forgetting, but we are moving on. It’s the world of second chances that exists specifically because we will it to be. It’s where the saying that “It happens twice, shame on me” happens to live. Some people just aren’t hardwired to forgive, though. They like to say whatever happened was “unforgivable,” but what they really mean to say is that they don’t want to forgive. END_OF_DOCUMENT_TOKEN_TO_BE_REPLACED

“Oh, I know that this love is pain, but we can’t cut it from out these veins, no.” ~OneRepublic I’m in pain. I guess it’s time I admit that to myself after all this time. Because I’ve been in pain for a very long time. Because I channel it differently, though, it wouldn’t have been … END_OF_DOCUMENT_TOKEN_TO_BE_REPLACED

“I, too, feel different in the world I live in. Most girls my age are married and have children. I don’t have either. It’s hard feeling you belong to a group of friends when everyone is different in that regard. I feel as though I’m the black person living in a world of white people.” … END_OF_DOCUMENT_TOKEN_TO_BE_REPLACED

“I live a simple life. Unfettered by complex sweets. You think this isn’t me? Don’t be weak. There I go. I’m so sorry.” ~R.E.M. I say sorry all the time, but I hardly ever actually mean it. It’s become a reflex, a placeholder that fills the space when I feel judged and I want the … END_OF_DOCUMENT_TOKEN_TO_BE_REPLACED

Every one of us has a default setting. It’s who we are when the cameras stop rolling, when the barkers have gone home and the circus is all tucked in for the long, cold night. When no one is watching, and we are safe in our own little cocoons, that’s when our real selves emerge, … END_OF_DOCUMENT_TOKEN_TO_BE_REPLACED