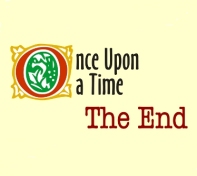 I started out as a short story writer. The first story I wrote was called “The Sinister Smile,” and it was constructed when I was between seventh and eighth grade. I look back at it now and I see so many holes in its construction. I see wooden, two-dimensional characters who had set ways of being that never deviated throughout the piece. It was less than 1000 words, so I figure it would have been considered flash fiction if it were written today.

That first story, even though it was very raw, whet my appetite for the genre, though, in a way that has never truly gone away over the years. Even when I’m writing longer pieces I often go back and complete a shorter piece just to keep me connected. Sometimes the pieces even complement each other. But oftentimes my shorter fiction is standalone, and that’s fine with me too.

Recently I saw a challenge somewhere on the internet. I don’t remember where it was. Perhaps I should have bookmarked the page. But I do recall seeing it, and even though I don’t want to pay $50 bucks to enter it, I like its premise. The point is to complete a series of short stories that may or may not have connections between them at intervals, and utilizing certain prompts.

So I’m co-opting the challenge for myself. I’m going to dig deep, count words, and keep each of my challenge stories below the 1000-word threshold.

There are 24 colors in Lenny’s crayon box, but he only really uses three: Overly Onyx, Hydrangea Blue, and Candy Apple Red. He got the box for his birthday, but he can never remember which one, even though his mother keeps reminding him. While the other colors are in pristine shape, the three he uses most often keep wearing down into nubs that eventually find themselves in the trash bin. His mother dutifully replaces them at the Crayola Store downtown, purchasing multiples of the three colors as reserves for when Lenny inevitably uses the last vestiges of color in each.

Lenny likes the original box, though, because he likes things in perfect order, so he slides the new crayons into the holes left by the previous ones, keeping them all lined up perfectly, just as they were when he originally opened the box. Every one of those 24 colors looks the way it did on the day he first slid his finger underneath the cover, lifted the lid, and gazed at their perfection. But he still only uses the three colors, even though his mother has tried her best to persuade him to try something different. He sticks to his routine, though, because Lenny is a creature of habit.

Every morning Lenny gets up from his twin bed, in his 12 x 12 room, on the second floor of his house, he places his feet into his fuzzy slippers, and he heads into the bathroom. The trip always takes him exactly 24 steps. He always brushes his teeth exactly sixteen times, and turns off the faucet between brushing and rinsing. Then he sits on the toilet for his morning constitutional, which always lasts five minutes, at which time he folds the toilet paper into a perfect square and finishes the process. His shower takes an additional ten minutes, and he arrives at the breakfast table exactly on his schedule. Every single day.

His favorite color is red. He has red hair, a bright shade that most people mistake for some type of hair dye, but it is natural. His mother tires of answering the question, because Lenny doesn’t talk. Lenny has never talked, even though he is twenty years old, and odds are that he will never talk, no matter how many years he lives. At first it was difficult on his mother, but she has learned to adjust to most things. She has had to adjust to most things because she is a single parent even though it was never her choice.

Lenny likes to color on the walls, and his mother lets him. She has always let him, because it’s the only thing that he enjoys doing all of the time. Sometimes he likes to read. Sometimes he likes to ride in the car. But the one thing he can always get absolutely absorbed in are his murals. He’s really good at drawing them too, even though his mother swears no one in the family has the same skills. She has always been in awe of his talent, but she will never tell him this because he doesn’t take well to praise.

You see, Lenny likes to take his frustrations out on himself. He can often be found hitting himself, or punching himself, or attempting to strangle himself even though this is impossible to do with his hands. His mother has had cameras installed throughout the house so that she can monitor his movements, so that she can save him from himself if it becomes necessary. It has been necessary before. She is at her wit’s end, but she cannot imagine a world where Lenny doesn’t live with her, so she never thinks of putting him in a facility. Well, almost never.

The murals on the walls of their home are all depictions of people interacting. There are Hydrangea Blue people, Overly Onyx people, and Candy Apple Red folk. Each one of the colors is distinctive in the characters he represents using it. All of the Hydrangea Blue people are women, who have a particular lilt to their heads, obsessively long hair, and large eyes that seem to take in everything in the room. There are no Hydrangea Blue people in Lenny’s bedroom. The Overly Onyx people are all looking down, as if they’ve all just done something they’re not proud of, and they hope no one ever finds out. They are all men.

But the Candy Apple Red people are the ones who always make his mother stop and stare whenever she encounters them. They are few and far between, but Lenny makes up for it with the detail he puts into them. They are so realistic that his mother sometimes fully expects them to peel themselves off the walls and begin walking around the house. She thinks she would embrace them if that ever happened because they seem to calm her son down when he is in one of his moods. They are both women and men.

Even though there are fewer Candy Apple Red people in the house, for some reason that particular crayon wears out more than the other two that Lenny uses. His mother thinks he creates murals elsewhere that she doesn’t get to see, and that every single one of these hidden murals is done in red. She can never be sure because Lenny will not let her search in the shadows of his room, but she is still fairly certain. Which is fine with her, because she knows her son needs those private moments, to bleed red, to get out the emotions that have to be brimming at the surface, biding their time when he seems so calm. She hopes it’s enough.