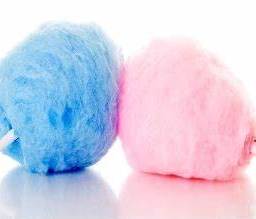 “You have a visitor,” the candy stripe girl said. Her nametag told Dale that her name was Candy, which seemed somehow fitting. He nodded to her, a gesture to open the door, which she did, before sliding out after the person who was outside entered. Dale immediately wished he had gotten Candy to vet the … END_OF_DOCUMENT_TOKEN_TO_BE_REPLACED

They met online, but that was only the setting. It could have happened anywhere—a bar, a club, a finishing school, a Turkish bath. It was going to happen somehow, somewhere, but it happened online. She was fresh from finally leaving Leon, after years of saying she would; he was startlingly single, though the women in … END_OF_DOCUMENT_TOKEN_TO_BE_REPLACED

“You need to sit still,” Mrs. Nottingham admonished, hair brush in hand. Penelope was the absolute worst when it came to patience. Every day she had to sit through hair, and makeup, and dress fittings, an endless litany of responsibilities out of the spotlight that hopefully would make her more palatable to the public when … END_OF_DOCUMENT_TOKEN_TO_BE_REPLACED 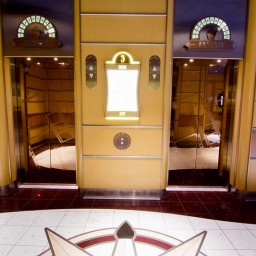 The elevator buttons lit up one by one, as if touched by a child’s ghostly index finger, the display sparked like a Christmas tree finally dressed in its finery. Craig and Lindsay stood side by side at the rear of the car. They were headed to the fifth floor for a meeting, but, even though they knew each other, they did not interact. Neither did they react to the sudden illumination, one by one, of the floor numbers.

On four, Allison stepped on without even glancing at the display. She nodded at Craig but completely ignored Lindsay. It was rare for Allison not to speak, though it seemed customary for the other two, but she simply eased herself next to Craig as the doors slid shut once more. She was preoccupied by other things at that moment anyway.

At eight that morning, when she arrived for work, the fountain out front had sometime in the night begun spouting black water. She glanced at the strange color, but it didn’t slow her down. It wasn’t her problem, though she hoped it would be remedied by close of business. Not because she was afraid, of course. 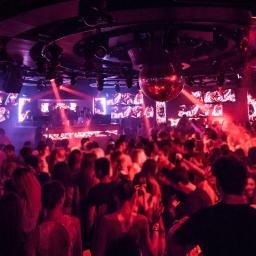 The man at the door was new, a beefier version of the last guy, and the guy before him, but in every essential way he was the same: same broad shoulders, same blank look on his face, same everything. Which was both comforting and unsettling at the same time. Claire could imagine him doing unspeakable things in the dark, when he wasn’t at the nightclub door.

She was wearing her short black skirt, with the wraparound waist that showed pretty much all of her legs, a new, thin red blouse, and matching lipstick. When she looked in the mirror, Claire often saw a mature woman looking back at her, even though she was only sixteen. It wasn’t her first time being asked for ID, but it was the first in a while, and she frowned before fishing in her purse.

“Go on through,” he told her, handing back her ID with a smirk on his face that said he knew more than he was letting on.

She didn’t care. She was in. Claire hitched up her skirt, as a sort of thank you, and eased inside like she’d done it a dozen times before. It was easier to blend in, to be one of the sweaty masses, than it was pretending day after day in school, and with her mom, and everywhere in between.

“Want to dance?” a guy asked her seconds after she entered. END_OF_DOCUMENT_TOKEN_TO_BE_REPLACED 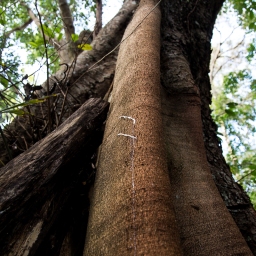 “Who names their band Tool?” David asked from his perch on the back of the couch. I’d told him sixty-four times not to sit there.

“Apparently Maynard Keenan,” I said, smiling. I shooed him from the couch, which was really no worse for wear. David plopped down next to me instead. Apparently our conversation wasn’t over.

We did the dance often, the questions, the answers, and the switch. Sometimes he would ask, sometimes I would, but we would always end up where we started, at him rolling his eyes. Often the questions were easy ones, but every once in a while he threw me a curveball.

He pondered the idea of arboreal humanoids, but shook his head slowly after a minute.

“No. Way,” he said. “Trees are too rough. The bark would hurt the babies.”

“That’s what sap is for,” I told him. “It keeps them warm and protects them from the rough bark.” END_OF_DOCUMENT_TOKEN_TO_BE_REPLACED