“My little sister and my best friend… shacking up.” ~Ross Geller (Friends) 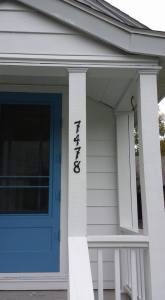 Two more nights in the old house. 13 years of going to sleep and waking up here, with its creaky stairs, its hidden corners, and its turn-of-the-century ambiance. I remember when we moved in, all bright eyed and bushy tailed, back in the summer of 2002. It was just the two of us then, and it still amazes me how new and fresh we were to each other. We hadn’t even been communicating for a whole year before we made the big leap — ah, to shack up.

It made me think back to the church, of course, and its views on cohabitating before marriage, but only for a brief second. I mean, how are you supposed to know how you would get along living with someone else if you don’t live with them first? There are so many idiosyncrasies that each of us have, and so many things that could derail any relationship, once you live with someone. I suggest everyone does a trial situation, at least, when it comes to trying someone else on for size.

I mean, I figured she wasn’t an ax murderer by that point, or at least that she hid her ax pretty well when I came to visit in the spring. And she was the one who found this house, after all. I hadn’t lived in a house since 1997 — life had been for me a series of slightly larger apartment after slightly smaller apartment for 5 years — so it was going to be an adjustment anyway. And she had given up her dream home in order to live with me, so there was pressure going on there that I think we both tried to avoid.

One good way to avoid that pressure was to throw ourselves into the project that was this house. It was what is commonly termed these days “a fixer upper,” which meant we worked long and tireless hours on getting it in shape. Sea legs, but on land. It was truly a labor of love trying to get this place up and running, trying to make a home out of a house. It helped to bond us, I think, looking back now, all that cleaning, and tossing, and tearing out.

There was this fake fireplace that symbolized all of it, in my opinion. It was a moldering mess, an eyesore right in the focal point of the house — the living room. I went to town on it one evening with a hammer, tearing it out fake brick by fake brick (really wallpaper brick by wallpaper brick), and the fugly bookshelf type units that flanked it. It felt so satisfying to toss all of that garbage into the huge dumpster we had them put in the yard.

The funny thing, though, wasn’t just tearing it all out. It was what was left behind. You see, whoever put in the fake fireplace and the precarious shelving had only painted the area that was visible behind the monstrosity, so when it was all removed there were several colors in the shape of rectangles all across the back wall. I almost couldn’t look at it, it was still so hideous. We decided to head to Lowe’s to pick up some paint. It was one of the first decisions we ever made together as roommates. It would be far from the last.