“Baby, let me show you how to do this. You’ve got to move this. You’re doing fine. Ain’t nothing to it. You gotta move this. Come on and move this. Shake that body for me.” ~Technotronic (“Move This”).

I love the 90s. There’s just something so… treacly sweet about a decade that honestly didn’t know what to do with itself. I trace its meandering path through the music that heralded each step along the way, from the pseudo-80s dance grooves of Technotronic’s “Pump Up the Jam” to the soft stylings of Enigma’s “Return to Innocence,” to the fierce lyrics of Natalie Imbruglia’s “Torn.” I listen to these 90s artists and I remember the decade more fondly than even the 80s.

That’s probably because I grew into an individual in the 90s. I was 13 when the clock struck midnight on that New Year’s Day that heralded the new age, and for the first time in my life I knew exactly who I was and what (hopefully) lay ahead of me. I was halfway through my final year of elementary school by that point, and I had just been introduced to secular music not long before. It felt like I was a kid in a candy store when I would listen to the radio with my headphones on and immerse myself in whatever was being spun by the DJ.

So many of those songs from that time period evoke strong emotions in me even now, two decades later. Songs like Paula Abdul’s “Rush Rush,” The Cranberries’ “Linger,” and Bel Biv DeVoe’s “Poison,” have become as much a part of my DNA as my brown eyes and large nose. I remember having my Too Legit to Quit tape buried in a box of powdered laundry detergent because I was hiding it from the dean at my christian boarding school. When I listen to those songs now I can’t help but go back in time. 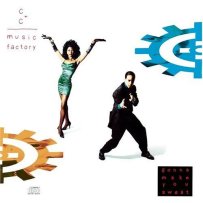 Of course there was a time in the middle of the 90s when I thought it would go on forever. I guess when you’re in the middle of anything it’s hard to see the edge of tomorrow. Those were my teenage years, for the most part, and we all know how those seem endless at the time. I discovered myself through so many songs like TLC’s “Creep,” Duncan Sheik’s “Barely Breathing,” and Collective Soul’s “December.” They were beautifully flawed, just like me.

The 90s was beautifully flawed, just like me. And as I go back down memory’s lane I’m reminded of all that and more. It was the decade when I graduated from high school, the decade I turned 21, and the decade that gave me at long last a sense of confidence in myself as a man. No wonder I still love the songs so much, because they are living, breathing manifestations of my coming of age.

And I will never forget.