“When a friendship ends, people don’t always give it the same amount of thought that they do relationships. With an ex-boyfriend, there are discussions of bad timing or different expectations. But most of the time, friendships end in a different way — slowly, and without declaration. Usually people don’t really notice until a friend has been gone for a while and then they just say they grew apart, or their lives became too different.” ~Jennifer Close (The Hopefuls). 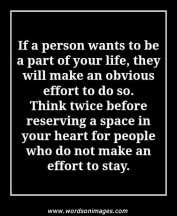 I’ve given it a lot of thought, this idea of endings. Obviously every relationship has a beginning. These starts are generally demarcated by introductions or shared initial moments. They are definite. Sometimes only one person remembers the exact particulars, and sometimes neither one does, but you do remember when you weren’t friends. Then something shifted.

But endings — well, they do tend to be gradual among friends. At least that’s what I’ve noticed. One friend can’t make a lunch date on a Tuesday. Two weeks later the other one is too busy to take a phone call. Before you know it so much time has gone by since you even texted each other that now it would seem a bit awkward to text out of the blue. So it stretches on. Then when you’re relaying a story to someone else later, a memory of the two of you, you realize it’s all in the past tense. The entire relationship. That it has all been in the past for quite some time.

Don’t get me wrong. Not all friendships are created equally. That’s just the nature of the beast. Some friends are meant to be transitory, to fill a void in your life at a particular time when you need someone there, then they’re gone. Sometimes you’re that friend for someone else. Most times you both know it, but you go with it because it’s beneficial for everyone involved. Those can be very sweet friendships. But other friends seem like they’re in it for the long haul, so what happens to derail them?

It’s honestly a combination of a few things, in my opinion. A good friend needs to be 1) a good listener, 2) able to be empathetic, and 3) there in times of need. And it needs to be reciprocal. You can’t expect these 3 things from someone else and not be willing and able to give them in return. It’s this last part that I think dooms so many friendships because they end up being lopsided. One person gives and gives, the other takes and takes, and there’s never any time for reciprocity.

Beware when you’re the friend who is always there for others because you’ll get that label and it will stick with you. When others befriend you it will be because they need something from you, because they know you’ll be a good friend to them. And you will, because you’re the giving type of person. But eventually you will need something, and others won’t be there, because they don’t know how. Because you’ve allowed them to be takers for so long that they don’t even know where to begin when it comes to giving.

See, it’s those friendships that are reciprocal, the one when both friends give and take equally, that last for a long time.

I’m not saying it’s your fault you’re such a good friend, but usually those kinds of friendships end when you stress the point, when you need them and they’re not there for you. It can be devastating when the realization hits that your entire support system is built on yourself as the sole support. It’s true that we need others in order to be stable, healthy human beings. No one is exempt from that.

So they disappear, or you are the one who vanishes, stuck in the cycle that can’t possibly sustain itself. See, it’s those friendships that are reciprocal, the ones when both friends give and take equally, that last for a long time. Those are the easy ones, where both friends ask how the other is doing more than just dropping more drama on each other. It’s so much easier to be there for each other than to simply expect the other friend to always be there for you, and not expect the same in return.

When a friendship ends someone is left holding the torch. Either it’s you, or it’s the person on the receiving end of your ambivalence. Everybody needs friends, people you can lean on when the going gets rough, but who are also just there for you when you need to share good news, or you need a piece of advice. We all need a pick-me-up in the middle of a particularly difficult day, an ear that will always listen to us, yet someone objective enough to always tell us the truth, even if we might not want to hear it.

When a friendship ends there is a fracture in the system of our lives, whether we know it or not. I often think of those who have disappeared, those who used to wander these halls with me but who have now moved on to new halls in new buildings in their lives. And I don’t blame them. It takes two. They just weren’t ready to be that second person. They weren’t equipped to be that two-way street. And it’s okay. I need people in my life who are.

3 thoughts on “When a Friendship Ends”