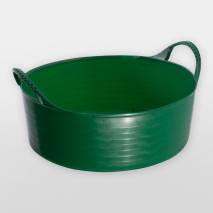 I don’t have a bucket. I never did. Buckets were for people who had water, an abundance of water that could be useful for cleaning things, for taking care of flood situations, and for sitting there looking like a bucket. I had a shallow pail. You know the kind, the one that people used in church to wash each other’s feet during communion. A shallow pail is excellent for a small amount of water, but it spills easily, much more easily than a bucket. It’s quicker to fill and to empty, though, and that’s worth something.

Since I had a shallow pail and not a bucket, I can’t quite conceive of having any kind of bucket list. A bucket list presumes there are a lot of items that grace it, and I only have a few. Not too many. Not too few. But just like Goldilocks found out in the bears’ house — just enough. When all the craze started over bucket lists, when the movie came out, when the book was pretty popular, I noticed all these older people getting on board, perhaps because knowing you’re closer to the end is a great motivator. I’m not sure. But now, now there are a ton of younger folks jumping on the bandwagon, creating their lists and doing all manner of crazy things in order to mark things off those lists.

So my shallow pail list would have to begin with something obtainable in the near future. I don’t want to get old and then try to rush through. For one, getting old is not guaranteed. It isn’t guaranteed to anyone, which has become even more evident in light of recent events. And even if getting were guaranteed it means being less limber, having less flexibility, and therefore having less chance to achieve those items on the list. My shallow pail list has 15 items on it, and while they’re not the easiest to achieve, at least I know I can hit each one if I try hard enough.

I will go back to Ireland and spend at least a month there.

I will be published by a major publishing house.

I will learn how to play an instrument, preferably not a piano.

I will try something new that scares me every single year.

I will stop blaming others for my own faults.

My shallow pail is pretty full, and while some of the items on the list will take quite a while to achieve, I know deep down in my soul that I can accomplish them. None of them requires me to skydive, base jump, or bungee jump, so I’m good, but they will stretch me outside of my comfort zone, which is the point. I love having a shallow pail to pour in my expectations, and point by point to let them out again as I achieve what I set out to do.

Marking them off will be my pleasure. And it starts … now.