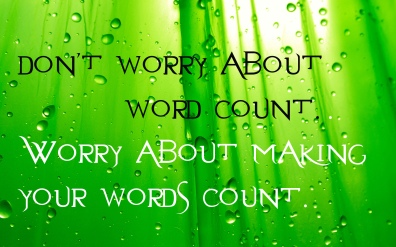 I’m 59,961 words into the writing of my latest novel, and I’m just as excited over it now as I was when I began. There’s just something about watching the story unfold that’s even better than reading a well-constructed book by one of my favorite authors. I think it’s because even though I’m writing this book I feel like the book is writing itself, merely using my fingers typing on this keyboard to grant itself life and breath in this physical world. I am in awe of it, honestly.

This book started with the intention of not making it a mystery to solve. From the time I was little I’ve been fascinated by mysteries, by the Sherlock Holmes’s and the Hercule Poirot’s of the literary world, and I spent many nights tucked under a tent of blankets with my flashlight, parsing their worlds, trying to figure out who did it before the final reveal. Usually if the story had 80,000 words in it I would have guessed correctly by the 75,000 mark, but I would still read feverishly until the end because I wanted to see if I was right.

Nothing quite beats that uncertainty, then certainty, then holding of my breath to see if my certainty was indeed well-justified, if I had solved the mystery or just put all the puzzle pieces together in the most convoluted way. Luckily for me most times I had indeed figured it out, and I would pat myself on the back for it. It made me feel on par with Holmes and with Poirot, even if for just a fraction of a second, or consequentially the amount of time it took to open the next story and begin reading.

In my own writing I’ve always hoped to create world and characters that are identifiable but that are not cliche at the same time. It’s a delicate balance that I think the best writers have been able to accomplish time and again, and I admire them for it. While I don’t want to copy them I do want to emulate the ability of those authors to fashion characters and situations that resonate. That means I don’t need to write in the mystery genre to be true to my own style. In fact, my first novel is decidedly not a mystery, and I love how it came together organically, but I missed the mystery of it all. So my second novel was a classic mystery, and I’d like to think the surprise of the ending was worthy of my own expectations.

This will be my third published novel, and I realized that about 10,000 words in. There’s just something about the characters that ache to come off the computer screen and inhabit the world of ink and paper. I didn’t set out to make it a mystery, only to give my characters a depth and carte blanche to do what they wanted in the world I gave them, but they went places I couldn’t have imagined, and now — 59,961 words in — I finally know who to blame for events going the way they have, I know which characters conspired to throw the entire world into chaos.

And I have 5,000 or so words to bring it to a conclusion, so that my eventual readers, like me before them, will be able to try and prove that they too knew who did it, and why events happened the way they did. Bring on 60,000 words, and beyond!