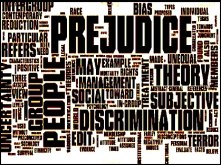 I happened to be skimming through my Facebook newsfeed one day when Lexi comes in the room and glances at my screen. Luckily none of those swear-happy memes were up on the screen, but unluckily it was a large photo of a certain basketball team owner who said some horrible things about a particular group of people. I was hoping that Lexi hadn’t seen the photo and wouldn’t ask about it, but then again, on some level, I wanted her to ask. Because it’s never too young to learn the truth about some people, and to help sort out some questions she might have.

And boy, did she have a lot of thoughts on the subject.

Me: That’s the owner of a basketball team.

Lexi: Wow, so he must have a lot of money.

Lexi: Why is he in the news?

Me: Well, he said some bad things about people.

Lexi: What did he say?

Me: Just some really bad things about black people, and everyone is upset over it. That’s why he’s in the news.

Me: A lot of people play basketball, but yes, black people too.

Lexi: So, if he likes basketball why would he say bad things about people who play on his team?

Me: That’s the point, Lexi. Lots of people have thoughts like that about particular groups of people. They just don’t say it out loud. But just having those feelings is wrong, whether or not you say them out loud.

Lexi: Yeah, if I didn’t like somebody I would just say it.

Me: But you would have a valid reason for not liking them, right?

Me: Right, but black people never did anything wrong to this man. He just doesn’t like them for whatever reason. That’s wrong, to hate one group of people like that.

Lexi: I know. And I’m half white too. Because of Mommy.

Me: So, do you think you could hate someone just because of their skin color?

Me: That’s not what I mean, Lexi. I mean, anyone. And not just skin color, but because of where they’re from, or their personal beliefs.

Lexi: No. If they were Mexican I would still like them.

Me: Well, there are too many people out there who are prejudiced. That means they hate whole groups of people without any valid reasons. Those people might hate you just because of how you look.

Lexi: But I never did anything to anybody.

Me: Exactly. It doesn’t matter what you do or don’t do. You can’t change their minds. So, just stay away from people like that, okay?

Lexi: Okay, I’ll stay away from people who hate me for no reason. Or because I’m half black.

Me: That’s the smart move.

Lexi: So, what’s going to happen to that man for saying those bad things?

Lexi: Well, I want to have a lot of money so I can have power like that too.

Lexi: Yes I do. I’m want to be president.

Me: Um, so this cat down here? It’s saying, “I can haz cheezburger.” Isn’t that funny?