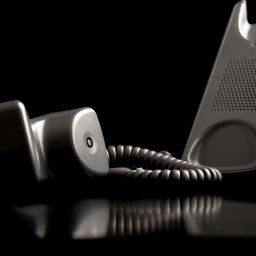 My father called here this morning. Why does he have such a hold over me? I hadn’t heard his voice in 6 months, and yet the tone, the timbre, are as familiar to me as my own, yet so foreign at the same time.

Alexa answered the phone, but she didn’t recognize him. After all, she’s only talked to him twice before. She covered the mouthpiece and asked me who he was, if she should speak with him, if it was okay. I wonder if he wants some sort of relationship with my children. He claimed he did once, but that was a dog’s age ago, and he disappeared again.

Is he back? Or was this just a Mothers’ Day surprise?

Why does he, even now, hold such sway over me, over my thoughts? I ask myself this less and less, but always when he calls again, after so much time. And I know I should make up my mind. Do I want to try and craft a relationship with him, even now, even after all this time?

END_OF_DOCUMENT_TOKEN_TO_BE_REPLACED 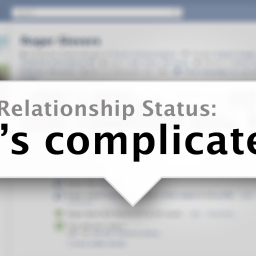 “You let me complicate you.” ~Nine Inch Nails

But we as a society don’t seem to care about this lack of definition. We are all about labels, so when a relationship is undefined we feel the need to define it, to slap a big label on it so others can sufficiently judge it. It’s like how employees in retail wear nametags so we can call them Sid, and Nancy, so we can feel like we know them just that much better because we know their names. Status is the same.

Remember when you used to hang out at bars, and it was all about trying to figure out if the hot girl in the group at the far table was single. What did single mean to you? Did it mean was she not married? Did it mean she had a boyfriend who you could displace? Did it mean she was totally unencumbered with none of the above? Remember how you wished you could just hand her a slip of paper asking her status? If she had circled “It’s complicated,” would you have continued your pursuit?

To me, “It’s complicated” means she’s probably in a relationship with someone who is a placeholder, or they’ve been through some issues and she’s now unsure if they will go the distance. END_OF_DOCUMENT_TOKEN_TO_BE_REPLACED

“There she goes. There she goes again. Running through my brain… and I just can’t contain the feeling that remains.” So, there I was, driving up Route 12, heading home when I saw a pair of headlights behind me. I glanced in the rear view and vaguely recognized the make and model of the car … END_OF_DOCUMENT_TOKEN_TO_BE_REPLACED

My wife is not someone who likes to have her picture taken often. I’m not quite sure why. She is a stunningly beautiful woman. But maybe I’m a bit biased. Regardless, I generally have to cajole her into taking photos with or without me. Usually I can use the kids as an excuse to get … END_OF_DOCUMENT_TOKEN_TO_BE_REPLACED

“What do you and your spouse or best friend have in common?” I want to say “love” but it’s so cliche, and the way she loves me is not the same way I love her. It can’t be. We’re individuals. So feelings are out, even though feelings are in, and I have to think of … END_OF_DOCUMENT_TOKEN_TO_BE_REPLACED

“The fence needs to be repainted,” she says, to no one in particular. I happen to be around, but I know she can’t possibly be talking to me. I don’t do painting. “It’s a week long job,” she continues, and I stare back at her, defiance in my glare, yet still silent. “Because, you know, … END_OF_DOCUMENT_TOKEN_TO_BE_REPLACED