“See, I know that you may be just a little bit jealous of me. ‘Cause you’re blind if you can’t see that his love is all in me.” ~The Boy is Mine (Monica & Brandy) 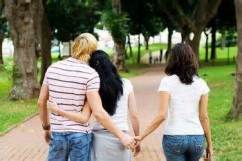 Am I the only one who wonders about people who cheat and are then found out? I mean, I hear about it all the time through social media, from the celebrities down to some of my Facebook friends who seem hell bent on letting everyone know their personal business. And most times I read or hear about it there’s this theme of anger towards the “other” person, with a protective bent towards the one who actually did the cheating.

As you can see, even in songs, it seems to work out that way. Yes, you know he cheated, but you still want him, and you’ll fight the other girl in order to make sure he stays in your bed. But why? What is it about these guys that makes you want them so much, so badly that you’ll either overlook what he did, or think that even if he does come back to you that he’ll stop straying? What happens to self-respect in the whole scenario?

It’s called love, or possession, whichever one floats your boat. If it’s love then it’s decidedly one-way, and if it’s possession it might go from one to the other and back again because possession is addictive. It’s like a drug, and once it gets under your skin it’s so difficult to scratch and claw it back out. And it hurts like hell, too, because possession hardly ever exists without a fight in the first place. We fight for what we think we deserve, but once we get it we take it for granted. It happens all too often.

And that’s why people cheat, too, isn’t it? END_OF_DOCUMENT_TOKEN_TO_BE_REPLACED

Unlike the other syndromes, this one isn’t just interesting. It’s downright and shockingly sad. I just heard the news that former country star Mindy McCready finally succeeded in committing suicide, after many failed attempts and a stint or two at a psychiatric facility. Mental health is so much more than just something you can study … END_OF_DOCUMENT_TOKEN_TO_BE_REPLACED