“You smiled at me like Jesus to a child.” ~George Michael

I’ve read the Bible more times than I’d care to admit, and definitely more than people who only know me tangentially would surmise. That’s because I hardly ever quote it, because you would never find me anywhere near a church, and because I don’t go from door to door proselytizing. Someone asked me the other day if I was religious, and I found myself saying no.

What’s the difference? That’s the simple part. Religious means tied up and twisted with organized religion, and whether or not the church I grew up instilled in me strong principles, I don’t think I’ve ever been religious. When we’re young our parents push us in certain directions, or we feel like we should follow those paths because of them, but one thing that always stuck out to me about faith was that it’s a personal thing. So, no matter how many people push you in a direction, it’s not your “way” unless you independently choose it.

And I have chosen more than once, since I’ve become an adult, to avoid organized religion. I’ve seen how so many faiths have no separation from the wide world, how often they don’t adhere to their own teachings, and how deep the divide is between members of the faith. I’ve seen the bickering and infighting, the dissensions and jealousy, and the ostracizing nature of many organized religions when it comes to those who are not “of the faith.” END_OF_DOCUMENT_TOKEN_TO_BE_REPLACED

“You are not upset that we have different boxes. You are upset because my box does not match yours.” ~Rob Lester Too often we place God in a box, whether it’s a box of our own making or one belonging to someone else that we’ve co-opted for our own designs. We lift up the flaps, … END_OF_DOCUMENT_TOKEN_TO_BE_REPLACED

“What I wear like church clothes you wear like jewelry. All the simple things you revel in, they just suffocate me.” ~Matt Nathanson I remember dressing up on Saturday mornings, pulling on my starched pants, crisply ironed shirt, dress socks, belt, and clip-on tie. They would be laying there spread out on the bed in … END_OF_DOCUMENT_TOKEN_TO_BE_REPLACED

“Loveless and cold, with your last breath you saved my soul. You smiled at me like Jesus to a child.” (Jesus to a Child) ~George Michael I remember a story about Jesus taking out his aggression on the moneylenders who were turning the temple of God into a marketplace. He supposedly overturned tables and used … END_OF_DOCUMENT_TOKEN_TO_BE_REPLACED

They came two by two, and seven by seven. No one led them, but they came anyway. Strike that. They were led by God’s invisible hand. Something like that anyway. The animals came in evens if they were unclean, and odds if they were clean. Whatever that means. Okay, I’m starting to lose the thread, … END_OF_DOCUMENT_TOKEN_TO_BE_REPLACED 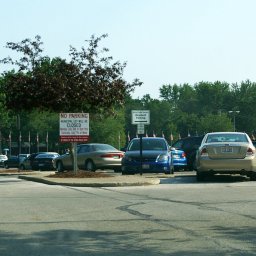 I was in a cult. Well, sort of. In 1995 I was in a period of transition, in myriad ways. I wasn’t going to school but I still spent the majority of my time on campus, playing the student. I didn’t know what I wanted to do with my life. I only knew I didn’t … END_OF_DOCUMENT_TOKEN_TO_BE_REPLACED