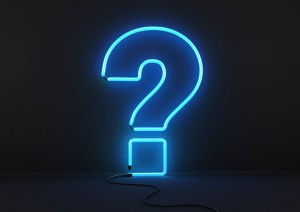 Like a good boy, I took French my final two years of high school, and I took to the language of love like a fish to water. Even though I had never even looked a language other than English for the first sixteen years of my existence, somehow it made sense to me in a way that English never has. Perhaps it was the rigid rules of the language, the stern absolutes that made it more like math than like language, that spoke to me. See, my brain is wired like an English major’s, but somehow I have a startling analytical side as well.

My favorite phrase in French is the above: “N’est ce pas?” From the first time I heard it the phrase has stuck with me, maybe because of that analytical part of my brain, my quest for knowledge peeking through. Quite literally the phrase means “Isn’t it?” It’s a constant questioning of what has gone on before, either directly before or for an eternity up until that point. The subtlety, the upturn of the words from start to finish, is such brilliance I have been known to add them onto English phrases. It is such a wonderful day, n’est ce pas?

And now the phrase has taken on even more meaning for me, because if I had to pick a sequence of words to describe my oldest child that phrase would be it. From morning to night, in the shadows where you wouldn’t think words could possibly live, she somehow fits them in. She’s always questioning every single thing, forcing me to think outside of my prescribed norms, to analyze things I haven’t for years, or that I haven’t ever analyzed before. They are what I call “givens” but how have they become so ingrained in our house, in my lexicon, and in the world as I know it?

Things like idioms, turns of phrase, cliches, and random other figurative language seem to fascinate Alexa. She hears me say them and she wants to know “WHY? WHY? WHY?” And then I have to wrack my brains, thinking of how I can say what I need to say to let her know what it means. But even more than that, I need to refamiliarize myself with what these things mean to me, of where they come from, and of whether or not I’m using them correctly at all. It’s become a fascinating revelation, and a high point to my day.

I’ll admit I used to get frustrated with her, but then I thought about where she herself was coming from. While she hasn’t quite lived the sheltered lifestyle I did growing up, there haven’t been nearly as many opportunities for her to learn about the world around her in this small town we call our own. So instead of letting it bother me I step up to the plate (“What plate, dad?”), figure out the best way to explain, and let her have it. She’s like a safe, too, remembering every single explanation I give her, so that the next time I say it she gives me the low down on it.

I love her inquisitive nature, even though sometimes she wants to know things she’s not ready to learn at this age. At those times I just tell her that I’ll let her know when she’s ready, and she takes it all in stride. Now, if I could only get her to learn a little French…