I’ve been asked the question several different ways, by a host of different people, but I’ve answered it nearly the same way every single time. Why do you write? That’s it, plain and simple. I’ve always written, or at least my conscious mind accepts this without pushback from my subconscious. It’s what I’ve always done, … END_OF_DOCUMENT_TOKEN_TO_BE_REPLACED

Writing is the easy part. Well, not quite easy. It can be a real chore, depending on the subject matter or how inspired I am to be writing what I’m writing. Usually, though, I write what I want, when I sit down to write creatively. I know that throughout the month of November I was … END_OF_DOCUMENT_TOKEN_TO_BE_REPLACED 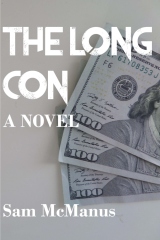 Sometimes a novel just begins itself, so I have to catch up to it in due process, and I spend the entirety of the adventure lost in the nuance of the characters, so that when it’s done even I don’t know where they end and I begin. Sometimes a novel burns itself so deeply into … END_OF_DOCUMENT_TOKEN_TO_BE_REPLACED

I never have a word limit for my novels, not a bar I’m striving to reach before I know, “it’s over.” Sometimes it just comes to me through the narrative itself. It whispers in my ear when it’s time to put it to bed. Other times it hits me at a natural stopping point. When … END_OF_DOCUMENT_TOKEN_TO_BE_REPLACED 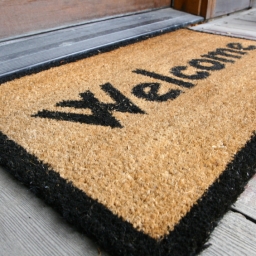 I’ve been writing since I was 10 years old, and what I’ve learned is that the writing process is never the same for any one of my pieces. Sometimes the story takes me along for the ride while other times my imagination is driving the storyline. Half of the time the place is central while … END_OF_DOCUMENT_TOKEN_TO_BE_REPLACED

“The most important character in every novel is the author’s personal story. The anguish in the narrative, as well as the tender moments, they all derive from it and make it necessary for the entire novel’s existence.”

I write in first person. Sometimes. And every single time I write in first person I wonder how much of it is me, my own thoughts and fears, my own variances and expressions, my own essence. If we really do write what we know, then maybe all of my characters have a little of me in them, which is kind of scary but kind of comforting at the same time. My imagination is vast and varied, and my experience a bit less so, but my words take on a mind of their own. I’m sure other writers can agree with me on this, if not quite on process, because we all go about it in a way that makes sense to us, the process. But with that imagination and the potential of every single character I write, all of that influences the narrative a lot more than my own life.

Then you read my first novel, and you tell me that so much of it sounds like it’s my life. Because so much of it is directly from my own life. What the conundrum, huh? And yet, even though so much of it derives from my personal anguish and my own internal conflicts, it’s still a work of fiction. Even though it’s in first person. Even though it’s largely from my life. When I sat down to write Detours that first day, I had no idea where it was going to go, what it had to say, and where it was going to take me. And when the main character spoke to me, he used my voice. I felt like we were as close as twins, that we shared so much history, but that in the end we led our own lives for better or for worse. END_OF_DOCUMENT_TOKEN_TO_BE_REPLACED