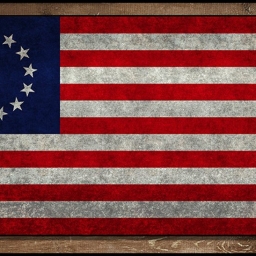 “We must all hang together, or, assuredly, we shall all hang separately.” ~ Benjamin Franklin

Unity. That’s the first thing that comes to my mind on this day, when I think back to how the founding fathers (and mothers) probably felt. It was the only way a revolution would ever work, wasn’t it? If they were fractured it would have been easier to divide and conquer, or to be more accurate, to divide and maintain. Because that’s what they were united against — the status quo.

Can you imagine the vast majority of a population uniting for a common cause, or uniting against a common enemy — today? I’ve seen it on a micro scale, where people in an organization rise up and say, “Enough is enough.” I’ve seen it in family dynamics, where the bad seed is ostracized. I’ve even seen it in churches with excommunication, but those are such small potatoes when compared with what the colonists did in the late 18th century.

That’s just the thing, too — they were colonists. They were supposed to be marionettes controlled by the monarchy — all gain and no downside. But what the monarchy failed to take into consideration was each colonist was an individual, with his/her own hopes and dreams, that each one was a human being who wanted to be treated like a human being. Not like a puppet on a string. And when these “inalienable rights” are taken from any human being, it’s not a small slight.

So, understanding the enormity of the challenge ahead of them, they decided to go ahead anyway. Because Ben Franklin was undoubtedly right. END_OF_DOCUMENT_TOKEN_TO_BE_REPLACED