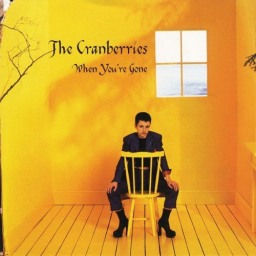 I got my first CD player the summer between 11th and 12th grade. I was doing an internship, making my own money for once, and when that first paycheck came in I felt RICH. I don’t even remember how much it was now, but I was decidedly not rich. I just felt like it in the moment, the way you do when your mom’s still paying for everything so you can focus specifically on your wants.

And what I wanted was a CD player. I already had some CD’s, one I won from a radio station contest, and another couple I bought in anticipation of the CD player. It was the early ’90s, so tapes were still very much in vogue, at least where I came from. If you had CD’s you were on the cutting edge of tomorrow. I wanted to be on that edge, but I would have to be able to play them.

So I went to Sears and picked one out. It was a single disc player. I mean, I was suddenly rich, but I wasn’t so rich my eyes weren’t bugged out by the prices of the multi-disc changers. Besides, I thought eventually I would trade in my single for a multi, so why not start small? END_OF_DOCUMENT_TOKEN_TO_BE_REPLACED 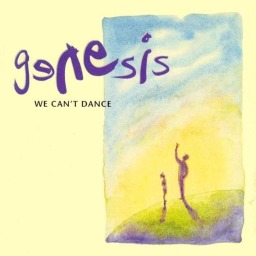 The other day I was playing Katy Perry’s Prism from start to finish, and my kids asked me what those “non-radio songs” were. I told them it was the whole album and they looked at me like I had two heads.

I remember waiting all day so I could go to the record store and buy Janet’s janet. album, when I would camp out all night so I could be the first one to get the new Sheryl Crow CD. I recall the first album I listened to from start to finish like it was yesterday, and while I sometimes listen to a song here and there I’m largely still about entire albums.

There’s just something about listening to the music in the way the artist intended, and when an entire album flows from song to song, creating an entire masterpiece, it’s simply transformative. Complete albums like Michael Jackson’s Bad, Counting Crows’ August and Everything After, Babyface’s For the Cool in You, and Pearl Jam’s Vs. have been there for me in difficult times of my life. END_OF_DOCUMENT_TOKEN_TO_BE_REPLACED 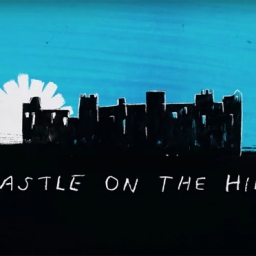 “I’m on my way. Driving at ninety down those country lanes, singing to ‘Tiny Dancer.’ And I miss the way you make me feel, and it’s real. We watched the sunset over the castle on the hill.” ~Ed Sheeran It’s no surprise that I like to sing. Check out my youTube channel I’m about to … END_OF_DOCUMENT_TOKEN_TO_BE_REPLACED 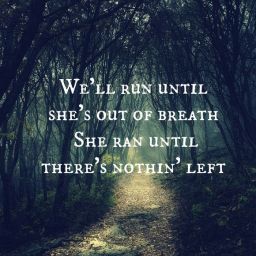 “There’s got to be something better than in the middle. But me and Cinderella, we put it all together. We can drive it home with one headlight” ~The Wallflowers It was spring, 1997, and I was working hard at the campus library, even though I was on academic probation. None of the other workers knew … END_OF_DOCUMENT_TOKEN_TO_BE_REPLACED

Dear Journal, “Hey, I just met you, and this is crazy. But here’s my number, so call me maybe…” I got this song stuck in my head this morning and it just wouldn’t leave me alone. I mean, what is this? The summer of 2012? But I guess there’s no accounting for good taste, or … END_OF_DOCUMENT_TOKEN_TO_BE_REPLACED

“The delicious singing of the mother — or of the young wife at work — or of the girl sewing or washing — Each singing what belongs to her, and to none else.” –I Hear America Singing; Walt Whitman I like taking pictures, but I know I’m not a photographer. I’m a huge fan of … END_OF_DOCUMENT_TOKEN_TO_BE_REPLACED