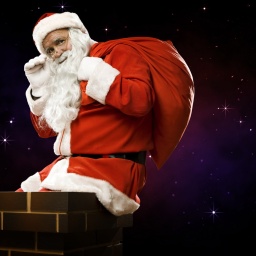 I wish I could bottle up this feeling and make it last all year long.

Magic, that’s what it is. Absolute, utter magic. There’s just something to be said about the tree, the lights, the hazy feel of a Christmas morning, that gives me feels all the way from my head down to my toes.

The kids were up relatively late. 7:30 and later. Which was odd, but I guess makes a kind of sense. Because things are shifting here. Doubts are creeping in, doubts about the magic that threads it all together. I guess that’s just how it is when both kids are into double digits. It guess it was bound to happen.

But the magic endures. As I looked under the tree and saw all the gifts from Santa, I was reminded of it. I was reminded of snuggling up, cozy like, by a different tree, putting on the Santa hats, and tearing into our presents. I was reminded of the warm egg nog in my mug, of the photographs everyone had to take to memorialize each Christmas.

And for a moment, this morning, it was there again, the magic that I know still sits just below the surface, the magic of Christmas morning. END_OF_DOCUMENT_TOKEN_TO_BE_REPLACED

I never wanted my children to believe in Santa Claus, but now that my oldest is on the verge of disbelief I want to hang onto the jolly old elf at all costs. What changed? When we found out my wife was pregnant we had a sit down talk. You know, the kind of deep … END_OF_DOCUMENT_TOKEN_TO_BE_REPLACED 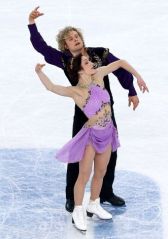 I went ice skating once, a long time ago, and I did it because of peer pressure. I mean, everyone else was doing it, so I tried it too. When we got to the rink it reminded me of bowling because I had to rent skates, and the pressure was intense when they didn’t know if they would be able to find them in my size. Luckily for me there was one pair that wasn’t going to totally crush my feet, so I put them on and went out on the ice. And promptly fell flat on my butt.

But in my mind I was a world-class skater who never fell, who skated figure eights with the utmost of ease, and who didn’t need the wall just to hold me up. It was at times like those when reality somehow put a dent in my self-image, reminding me that while there might be some thing I’m good at, there are countless others that I should probably just leave alone. Unless I was absolutely committed to getting better at them and becoming something special. Otherwise, it would be best to live vicariously through others who were gifted or who put in the years of training to be as good as they were in a sport I wished I had in my back pocket.

So, in that summer of 1996 I made up my mind to learn as much as I could about international sports, to soak in the feel of victory and the agony of defeat, and to feel as alive as I could, as energetic as those people I watched on the screen who could do so much. And as luck would have it, the Olympics were occurring that very summer in Atlanta. I didn’t miss one second of them. I scrambled to watch every event, to cheer on each athlete, and to revel in the cultural aspects that make the Olympics second to none when it comes to sporting events.

I loved watching the parade of nations on that first night, seeing the gaudy costumes, the big hair, and the stunning surroundings. For two weeks I was mesmerized. I even tried once again to do some of those physical activities —  I hurt my back trying to do a flip like Shannon Miller. And by the time the fortnight was over, my absolute love of Olympic competition had been forged, despite the bomb, despite the poor showing of some of my favorite Olympians, and even with the lack of ice skating (I would have to wait another two years to see that in Nagano). I was hooked. END_OF_DOCUMENT_TOKEN_TO_BE_REPLACED 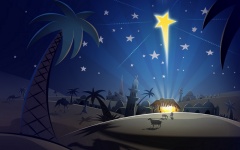 You either get it or you don’t. And no, I’m not talking about presents. I’m talking about that old-fashioned Christmas spirit, the kind you probably had as a child but that has waned for so many people since. There’s something about that magic associated with it when you’re little. The elves, and the Christmas wish list, marked down and checked twice, then decided upon by a jolly elf who lives on land in a landless area of the globe. You know, somewhere up north.

Then, whether or not you have a chimney, he somehow arrives in your living room when everyone (and I mean everyone) is fast asleep so no one can witness him. But he drinks the milk you left, and he eats the cookies, always leaving a few little crumbs to enhance the idea that HE was here, that HE granted you an audience even though you were asleep, that HE felt you were worthy enough to get the presents you wanted most in the world.

As I sit here drinking coffee on the morning of December 22nd, I wonder where that Christmas spirit went. And I’m not just talking about the magical nature of the holiday for little kids who get presents they don’t need. I’m talking about the spirit of the holidays that goes even farther back and is more intense than that. I’m talking about that day long ago that inspired the feeling of Christmas in the first place, and that also gave the holiday its name. Now, I’m no Linus (Charlie Brown reference, people. Stick with me), so I’m not going to give you the whole spiel about Jesus being reborn as a human in a manger in Bethlehem in order to save us from our sins. Oops, I guess I just did. But what I’m going to do instead is to talk about the spirit that comes along with remembering the original Christmas story, instead of focusing on a jolly elf in a red suit who can talk to reindeer.

I spoke with a woman once who had a tale to tell. It was about a family who had nothing, a good family, an honest family, a hardworking family who for some reason or another could just barely make ends meet, and so had nothing left over for presents on Christmas day. They had three children and lived in a seedy part of town, but they had love, they had fellowship, and they had an appreciation for Jesus Christ. They knew the real reason for the season, but they felt awful that their children weren’t getting the experience that others were, that they couldn’t provide just a little of that magic for their kids.

Well, late on Christmas Eve, a vehicle pulled to a stop outside their front door. END_OF_DOCUMENT_TOKEN_TO_BE_REPLACED

“That’s the thing with magic. You’ve got to know it’s still here, all around us, or it just stays invisible for you.” -Charles de Lint

This afternoon my seven-year old asked me why we celebrate Hanukkah, and I explained to her the miracle of the oil and the lights. She was fascinated by the story and asked me what allows miracles to happen, what the force is that compels wild things to occur and make us believe in the magic that can exist in the world. I explained to her that magic as we think of it is just illusion, all of which can be explained, but that true magic is when something unexplainable happens, when the fabric of the universe is unveiled and all its beauty spills out into our hands, but we don’t see where it comes from. It’s the magic of the oil, and the magic of the magi, and the magic of a larger than life human being with a love of giving gifts to children.

“Who is God?” she queried after I told her the story of why we honor the traditions of the Jewish faith.

“God is the reason everything happens,” I explained.

“So is God magic, since he brought about the miracle?” she asked, scrunching her face up like she was thinking hard.

“Yes, in a way, God is the ultimate magic. He creates something out of nothing,” I answered.

“Like the miracle of the oil?” she asked. She asks a lot of questions, but that’s okay. It’s how she learns.

“Exactly like the miracle of the oil,” I said, nodding my head.

“Well then, what about Christmas? Tell me that story,” she said. And I realized that I had never before truly talked to either one of my children about the real reason for the season. END_OF_DOCUMENT_TOKEN_TO_BE_REPLACED