“There are some who dream, some who realize those dreams, and some who never wake from dreaming.” ~Theodicus The very first poem I ever wrote was about dreams, how they were the subconscious’ way of identifying the inefficiencies in ourselves and giving us notice. Of course, we don’t always remember our dreams so sometimes it … END_OF_DOCUMENT_TOKEN_TO_BE_REPLACED

“One of the most beautiful qualities of true friendship is to understand and to be understood.” ~Lucius Annaeus Seneca I’m used to qualifying what I say. You know: “What I meant was…” or “I hope you know… wasn’t what I meant.” That’s because too often I’ve been misunderstood. I think it has something to do … END_OF_DOCUMENT_TOKEN_TO_BE_REPLACED

“This simple life, this little wonder, expanding and contracting with each rising of the sun on a new day, makes me appreciate each breath that slides in and out of my lungs, and prepares me for night’s embrace and the start of a new day tomorrow.” ~Theodicus It doesn’t feel like a Tuesday. I mean, … END_OF_DOCUMENT_TOKEN_TO_BE_REPLACED

Most styles of greeting depend on the other person in the exchange. For instance, I see this one guy nearly every day, and each time we see each other for the first time he says, “What’s good?” To which I guess I’m supposed to say, “What’s good?” in return, but I always say, “Nothing new,” … END_OF_DOCUMENT_TOKEN_TO_BE_REPLACED

“That which we call shared experience is never truly shared. We see the world through a lens constructed from individual prior knowledge, and therefore it colors even those times when we are not alone.” ~Theodicus I love that saying about there being three sides to every story: my side, your side, and the truth. But … END_OF_DOCUMENT_TOKEN_TO_BE_REPLACED 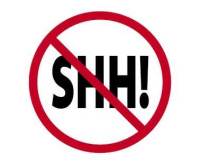 You know “that guy?” He’s the one in the movie theater who can’t stop himself from yelling at the characters on screen as if they’re friends of his who are making a mistake. The one on the bus staring at his iPhone, whispering to it like it’s an old friend who’s done him wrong. “No!” he says as the screen goes blank for no good reason. He’s the guy who interrupts every conversation that goes longer than one exchange because he “just has to” interject something that is of a life-and-death importance. Yeah, I used to be that guy.

It all started with books, innocently enough. I was probably five or six and reading was what I lived for. Of course we didn’t have that many age-appropriate books at home, so I would read through the ones we had multiple times, like they were going out of style. The characters in those books became really good friends of mine, so I would begin imparting knowledge to them over the course of the book. “Don’t open that door!” I would say, knowing that behind the door was nothing good.

Then it moved on to movies. I’ll never forget the first time I saw Back to the Future and I kept telling Marty, “Your plan’s not going to work!” but he just wouldn’t listen. Luckily for him, even though his plan didn’t work, everything still came together in the end. If he had only listened to me it would have been a lot easier, though. And when the one scientist said, “They’re all engineered to be female,” in Jurassic Park, I yelled at the screen, “Hell no. They’re smarter than your science!” Look who was right.

But not everyone saw it the same way I did. In particular my sister would tell me to “pipe down” when I would get out of control responding to things that really were just one-way communicators. She would pound on my door while I was narrating my baseball games, and when I was proposing to Samantha Micelli (I guess I was loud) and tell me to knock it off. Apparently “nobody” wanted to listen to me profess my love for a fictional character. Of course, though, that didn’t stop me. END_OF_DOCUMENT_TOKEN_TO_BE_REPLACED