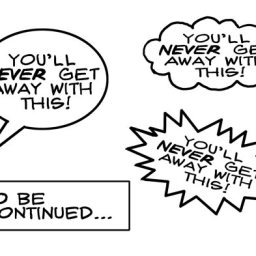 I want to preface this by saying: I love my children. I do. They’re wonderful little pieces of themselves most of the time, and the other times… well, I’ll just say that they’re still little pieces of themselves. They’re just sometimes very difficult to deal with when the dialogue changes, when they don’t get their way, or when something messes with their own opinion of how the world should work. Yes. They’re children. If I haven’t mentioned that already.

It would be so easy to just go with the flow, to allow them screen time whenever they want, to say “Yes!” to every single request they make, but that’s not giving them the best of me and my own experience. Because, see, I’ve been there. Sure, we had a lot less technology when I was their age. (Super Mario anyone?) But the more things change, the more they stay the same. Right?

My children tend to sound like broken records more often than not (“What’s a record, dad?). Here are the most repeated phrases they use these days…

Use the challenges as inspiration to find your inner strength