“You could hardly even see him in all of that chrome — the man with the plan and the pocket comb. And every night it carried him home.” ~Marc Cohn 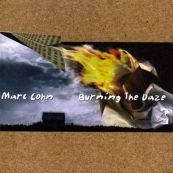 I stood outside the record store at ten minutes to midnight, the year was 1998, and I think some Jay-Z album was being released. I know there was a host of people waiting there with me, blasting lyrics from the man himself, so I guess I just assumed. I wasn’t there to get anything from Jay-Z. It was way past my bedtime, and I had other things in mind. Because one of my favorite singers had a new album coming out, and I promised myself I would be the first to hear it.

Fast forward 20 years, and I was once again waiting, but this time it was outside of the Palace Theatre in Syracuse, with a bunch of old white folks. Sure, 20 years had gone by, but I was still as fascinated by the man who sang “Walking in Memphis,” the man whose voice speaks to me so personally, on every level. I pinched myself, the classic technique, because I had just heard him deliver a passionate concert, an intimate retrospective of his material that didn’t miss a note. And I was about to meet him. END_OF_DOCUMENT_TOKEN_TO_BE_REPLACED

“Our love is like water, pinned down and abused for being strange.” ~Live

It was the summer of ’95 all over again, when Live was on everyone’s lips, when they sold out amphitheaters and arenas seconds from the tickets being available, when they had the rock world by the throat and weren’t easing off. It was taking the ferry across the river knowing that on the other side would be anthems you could sing in your sleep, and a band that truly connected with its fans in a way I hadn’t seen from many bands in live forums before.

But that was 23 years ago, the summer of ’95. That was a simpler time, before digital took over, before CDs went the way of Betamax, before concerts became passe, before rock bands took a back seat to what passes for hip-hop and rap anymore. Yet, for one night, it was easy to believe we were back there because, for one night, it was Live again, doing what they’ve always done better than most — rocking a live show. I guess they were aptly named.

Of course, during the summer of ’95 I hardly ever had good seats to shows. I saw Live about 20 times that summer, and the closest I got was section H in the Spectrum (think nosebleeds — Michael Jordan looked small from that spot). In amphitheaters like the Mann Music Center and the Camden Center for the Performing Arts I was always on the lawn, fighting my way through the crowds to the barrier that separated us from the roofed in portion of the venue. I screamed my lungs out, but we were too far away, even though we were in the same place, at the same time. END_OF_DOCUMENT_TOKEN_TO_BE_REPLACED

The other day I was playing Katy Perry’s Prism from start to finish, and my kids asked me what those “non-radio songs” were. I told them it was the whole album and they looked at me like I had two heads.

I remember waiting all day so I could go to the record store and buy Janet’s janet. album, when I would camp out all night so I could be the first one to get the new Sheryl Crow CD. I recall the first album I listened to from start to finish like it was yesterday, and while I sometimes listen to a song here and there I’m largely still about entire albums.

There’s just something about listening to the music in the way the artist intended, and when an entire album flows from song to song, creating an entire masterpiece, it’s simply transformative. Complete albums like Michael Jackson’s Bad, Counting Crows’ August and Everything After, Babyface’s For the Cool in You, and Pearl Jam’s Vs. have been there for me in difficult times of my life. END_OF_DOCUMENT_TOKEN_TO_BE_REPLACED

“I’m on my way. Driving at ninety down those country lanes, singing to ‘Tiny Dancer.’ And I miss the way you make me feel, and it’s real. We watched the sunset over the castle on the hill.” ~Ed Sheeran It’s no surprise that I like to sing. Check out my youTube channel I’m about to … END_OF_DOCUMENT_TOKEN_TO_BE_REPLACED

“…and that R.E.M. song was playing in my mind. Three and a half minutes. Felt like a lifetime.” ~Better Than Ezra I always wondered what “that R.E.M. song” was, which one from their vast catalog made such an impression on a young Kevin Griffin (lead singer of Better Than Ezra) that he immortalized it in … END_OF_DOCUMENT_TOKEN_TO_BE_REPLACED

“It’s that little souvenir of a terrible year which makes my eyes feel sore. Oh, I never should have said the books that you read were all I loved you for.” ~The Sundays I don’t remember exactly when I first heard it, but I do remember how it made me feel. Something about it was … END_OF_DOCUMENT_TOKEN_TO_BE_REPLACED