“What I wear like church clothes you wear like jewelry. All the simple things you revel in, they just suffocate me.” ~Matt Nathanson 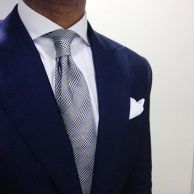 I remember dressing up on Saturday mornings, pulling on my starched pants, crisply ironed shirt, dress socks, belt, and clip-on tie. They would be laying there spread out on the bed in the positions they would occupy on my body, like some disembodied ghost waiting for pixie dust to make them move. But I would move them as I got dressed, no ghost involved, piece by piece adorning my body for the inevitable. These were my church clothes.

Every week like clockwork I would get out that suit, those button-down collared shirts, those multi-patterned ties, and my fake smile, because it too was part of my church clothes. I wore that smile just as carefully as I wore everything else on the Sabbath, like if I let it drop I would never be able to pick it up again. And the judgements like rain would come down on my head, drenching me in their cacophony. Just like those church clothes had to be positioned just right, so did my patented smile.

There were some weeks when I would hold court, sitting in the main lobby and welcoming newcomers to the service, and to the strange creature that was honoring the Sabbath instead of some Sunday day of reckoning. I would sit there with my enormous smile, with my ironed slacks, with my starched shirt, and tell them things I didn’t even believe in. Of course at the time I didn’t know what I did believe in. I just knew it wasn’t what they wanted me to embrace.

I think I pasted that smile on my face because I didn’t know what else to do, because it was expected of me, just like those church clothes laid out for me on the bed. I couldn’t just leave them there and go in jeans and a t-shirt. There were expectations. There were lofty aspirations given to me from day one, so I had to embody them. I had to be the person they all wanted me to be, because if I wasn’t then their ideas of the future of the church would come crashing down along with me. So I smiled.

But it pained me just as much as getting my wisdom teeth out, maybe more so, because wearing that smile weighed on my soul as much as anything could. It branded me a liar, a traitor to my own religious principles that never meshed with what the church told me I should think. I remember once questioning the pastor about it because I was torn up, and he told me it was a natural “questing,” that I would sort it all out and be better for the journey. It seemed to me like the self-help ideology I could never embrace, but how could I have expected him to make things better for me?

I still call them church clothes, by the way, even though I haven’t regularly attended a church in 21 years. When I pulled out one of my suits the other day, a suit I have never worn to any church, I said, “Time to put on these church clothes,” like it was time for that selfsame ritual once again, even though it wasn’t. I imagine it’s like a former gymnast remembering an Arabian flip years later, even though he can no longer do it anymore. The clothes still have the connotation, despite the fact that they will never enter the building.

So it’s interesting to me that I can still pull that smile out on command. Just like “church clothes.”

Let the challenges inspire you to find your inner strength